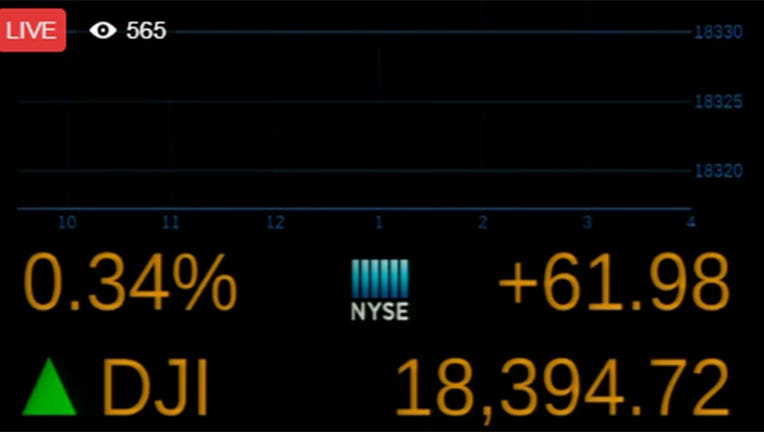 NEW YORK (FOX 5 NY) - Despite fears of a financial meltdown following the election of Donald Trump as the 45th President of the United States, the U.S. stock market appeared to be steady in early and afternoon trading. The Dow was over 18,300 as Wall Street got down to business Wednesday.

Prior to trading, Wall Street index futures and Asian stock benchmarks tumbled on the rising possibility of a Trump presidency.