An elderly man is in the hospital after police say he was mauled by a neighbor’s pitbull in Aspen Hill. FOX 5's Lindsay Watts spoke to the dog's owner and several people in the community who said the dog is typically peaceful.

SILVER SPRING, Md. - An elderly man is in the hospital after police say he was mauled by a neighbor’s pitbull in Aspen Hill.

The attack happened just after 1 p.m. Wednesday on Baileys Court.

A neighbor who didn’t want to be identified said she witnessed the attack and called 911 when she saw the man on the ground with the pitbull biting his arms, hands, ankles, and feet. She said the dog’s owners were desperately trying to stop the attack, even using their car.

Police radio traffic said that residents were trying to "run the dog over with a car" to stop the dog when it wouldn’t let go of the victim.

The man attacked, who neighbors said is in his 70s, was transported to the hospital and police said his injuries are serious. 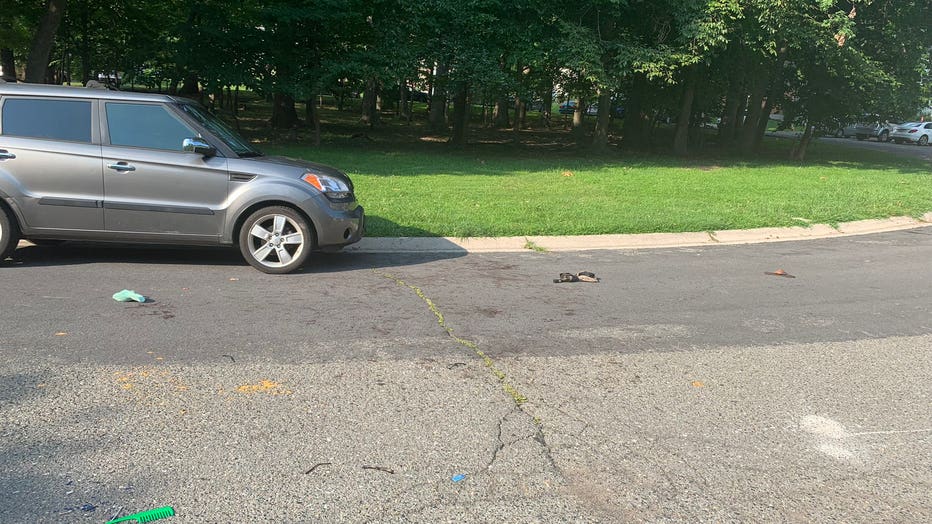 Bertram Henry owns the pitbull, but said he wasn’t home at the time of the attack. Henry said it was his mother, sister, and grandmother who tried to stop the dog and were bitten and injured.

Henry said he’s had the male dog for about three years —  since it was a puppy —  and has not had any issues in the past.

Neighbors said they often saw the dog with its owners, but off its leash.

"I never seen him attacking or barking at people or towards me or my family," said neighbor Melissa Espinoza. "I have a small dog and I always walk my dog, and he was always friendly."

Espinoza said she was shocked by the attack and hopes her elderly neighbor is okay. She said he often goes out walking.

"He’s very nice. The family is very nice, and I always see him walk. Just typically walk every day to get the mail, just to exercise," she said.

Henry said he doesn’t know what happened before the attack.

"I do want to say I apologize to, you know, everyone who was involved in this and prayers go out to everybody too," Henry said.

Montgomery County Police said the dog is with animal control and will be euthanized. Police have not released information about any possible charges or citations for the dog owner.