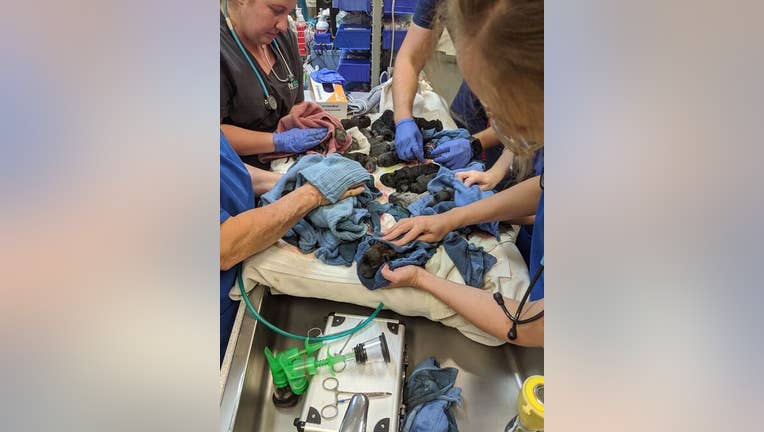 NEW YORK - A record litter of 21 puppies was born at an Australian hospital during the COVID-19 crisis.

Vets performed an emergency caesarian on April 20, 2020, on a dog named Shadow.

While she missed out on the Guinness Book of World Record title, she has broken the title for Australia's largest litter of puppies.

"Shadow was so flat when she arrived, and we learned from her owner she had delivered three puppies at home already. After four hours of no activity and a puppy that didn't make it, her owner brought her into us expecting the worst," veterinarian Dr. Patrycja Zimmermann said.

"We took radiographs straight after Shadow's arrival to see if any more puppies were on the way and made the amazing discovery of 10 plus puppies inside! We quickly checked the fetal heartbeats, and were praying for the best outcome for her." 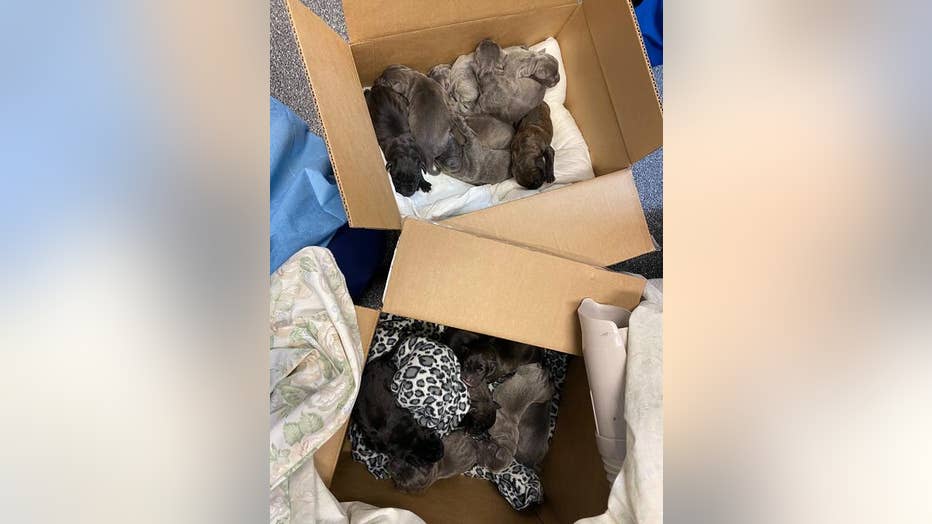 When vets opened four-year-old Shadow's uterus to perform the emergency caesarian they discovered an enormous amount of blood, and with her blood pressure dropping a life-saving surgery was performed.

The birthing took a team of 10 vets and nurses who removed an additional 18 puppies from the Neapolitan Mastiff - bringing her total litter to 21 puppies.

After surgery, a team of intensive care nurses spent the entire day rotating the puppies for a feed from Shadow as she lay in recovery.

18 puppies from the litter survived, and Shadow is making a recovery from home.

The world record for a puppy litter is 24.  They were born to a Neapolitan Mastiff in 2004.