According to a criminal complaint, two of Tyler Slaeker's relatives saw on Facebook what appeared to be a photo of him inside of the Capitol Building on Jan. 6, 2021.

SEATTLE - Authorities arrested a Washington state man accused of taking part in the Capitol riot on Jan. 6 in Washington, D.C.

According to a criminal complaint, two of Slaeker's relatives saw on Facebook what appeared to be a photo of him inside of the Capitol Building on Jan. 6, 2021. The photo posted on Slaeker's mother's Facebook page included this caption: "They entered the Capitol building-there is pepper spray going on-police are shutting down the building now."

The two family members reported the image and were interviewed by police.

According to the complaint, law enforcement looked through CCTV (closed-circuit television) at the Capitol and found Slaeker at multiple locations in the building. He also allegedly took photos and selfies while inside the rotunda. Those photos are in the newly unsealed charging documents from the Department of Justice. 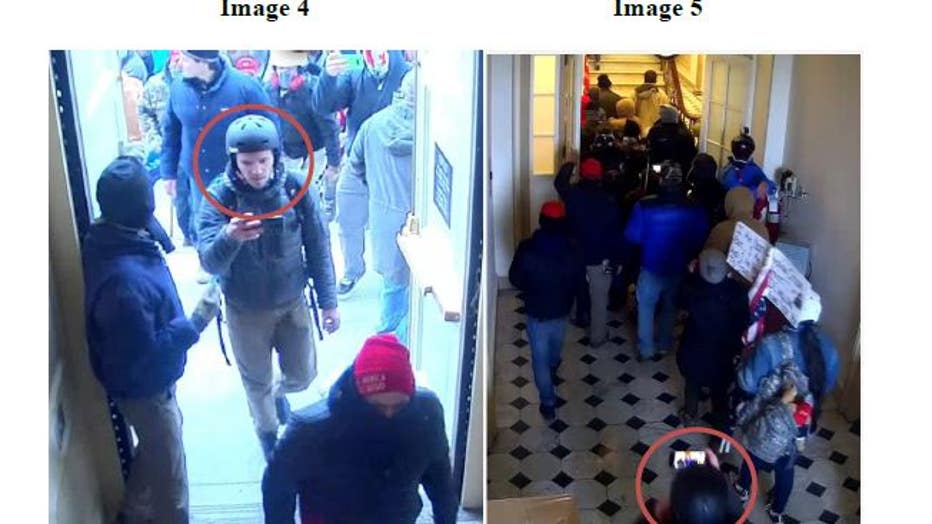 Slaeker is charged with Entering and Remaining and Disorderly and Disruptive Conduct in a Restricted Building or Grounds and Disorderly Conduct and Parading, Demonstrating or Picketing in a Capitol Building.

More than 500 people have been charged in the riot that sent lawmakers into hiding and disrupted the certification of President Joe Biden’s election win. About thirty defendants have pleaded guilty, mostly to misdemeanor charges.

At least seven other people from Washington state have been arrested in relation to the Capitol insurrection.

And in July, two Seattle police officers were found to have broken the law and violated department policy when they entered a prohibited area outside the U.S. Capitol, according to an investigation conducted by the city’s Office of Police Accountability.

Stay connected with Q13 News on all platforms: