BETHESDA, Md. - As war rages on in Ukraine, the plight of mothers, fathers, and children continues. Another often overlooked tragedy is the destruction of Ukrainian heritage and culture.

"Obviously buildings and cities don’t trump human lives in terms of the destruction in a war, but they are parts of the story, and they’re important parts of the story," explained University of Maryland Professor Matthew Bell. "Winston Churchill famously said we shape our building and thereafter they shape us."

He isn’t the only one who is deeply concerned.

Articles in the New York Times and elsewhere detail the "historic buildings, artworks, and public squares being reduced to rubble." A project called Backup Ukraine gives people the ability to use 3D modeling technology to scan artifacts before they’re destroyed. 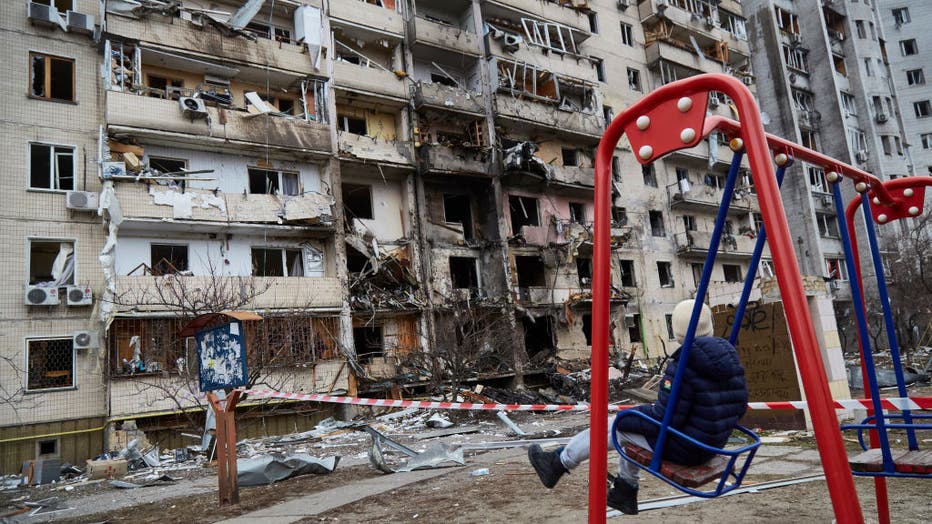 KYIV, UKRAINE - FEBRUARY 25: A child on a swing outside a residential building damaged by a missile on February 25, 2022 in Kyiv, Ukraine. Yesterday, Russia began a large-scale attack on Ukraine, with Russian troops invading the country from the nort

READ MORE: Prayers and despair: Ukrainians in the US decry invasion

In the end, the destruction of culture and heritage doesn’t compare to the loss of lives, Bell explained, but it’s still important to remember what it means to us all.

"I think all anybody has to do is to imagine a place that they love, where they’ve had significant life experiences being torn apart," he concluded. "And while most people probably haven’t been to Kyiv, you know, imagine how we would feel if that was happening to Washington or Baltimore or Annapolis – places where many of us have had significant events in our lives happen."