FOX 2 - A Detroit police officer and a suspect have both been shot and killed near Joy Road and Marlowe Street Wednesday night.

Police were responding to reports of the suspect shooting indiscriminately, using a Draco assault rifle - and the officer who was fatally wounded was among the first to the scene. His partner returned fire and fatally shot the suspect.

"It is with a heavy heart that I have to inform our department and our community that we lost a hero today," said Detroit Police Chief James White. "Our officers are heartbroken."

White said the officer is not being named yet as family members are notified and that the investigation is active.

"The suspect took fire as well after he shot our officer," White said. "He shot one of our officers, he killed one of our heroes. I've got a family that is grieving. This did not have to happen. How do you tell a mom and a child what I just had to tell them. It is outrageous."

A 5-year-veteran was killed Wednesday in a fatal shooting at Joy and Marlowe by a suspect with an assault rifle.

The shooting victim was a five-year veteran, and comes from a long line of police officers, White said. The deceased officer's father is a recent retiree of the department. 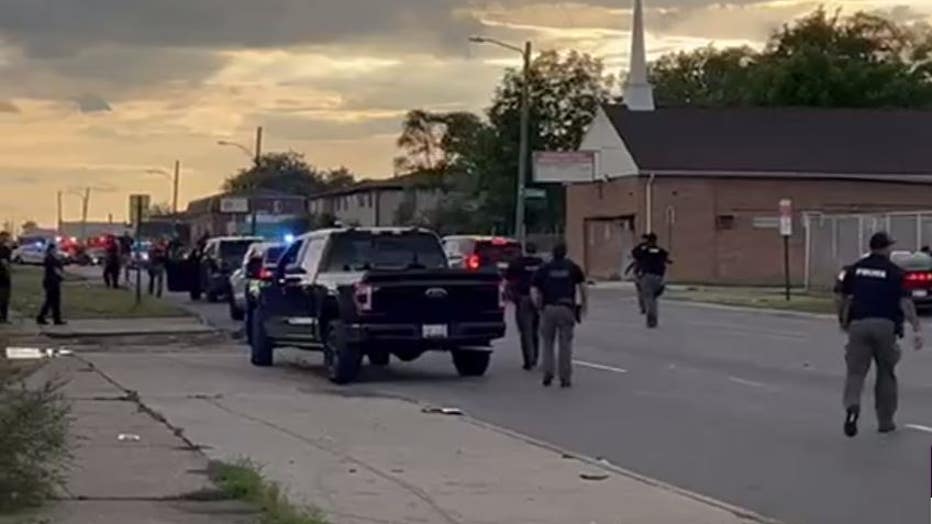 The officer had been in critical condition and rushed to Sinai Grace Hospital before dying.

There were at least 35 evidence markers littering the ground outside the area of the shooting, which took place outside near a barber shop at 14725 Joy Road.

Responding units are securing the area and motorists are advised to avoid the area. Streets are in the process of being blocked off by DPD by one to two blocks to secure the area. 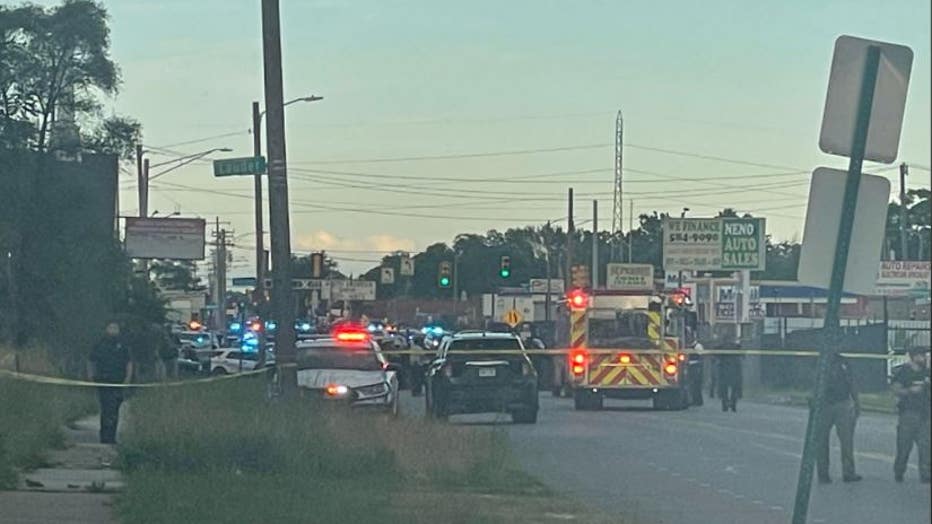 Stay with FOX 2 for more information as it becomes available.