Two men have been charged in connection with a robbery at a Denny's location in Manassas that turned deadly. 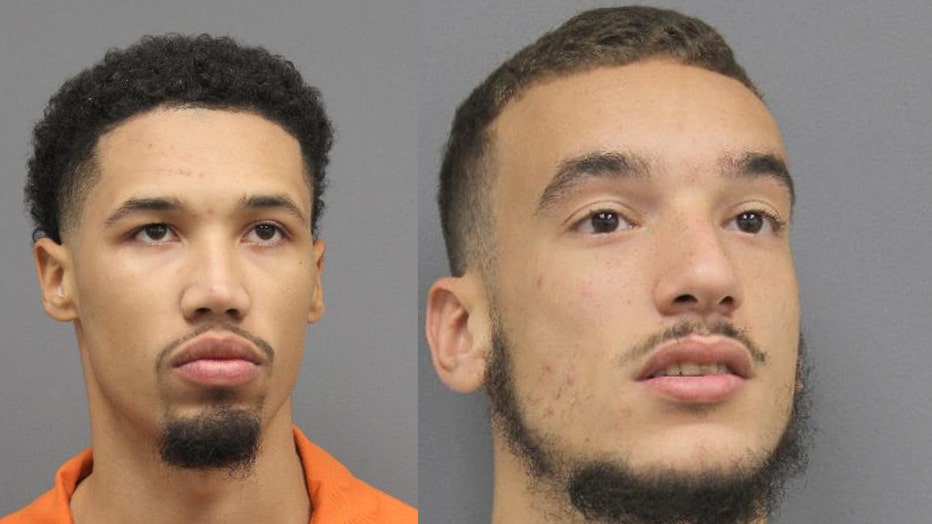 Prince William County police arrested one suspect and identified another following this week's fatal shooting at a Denny's restaurant in Manassas.

Prince William County police have arrested one suspect and identified another following this week's fatal shooting at a Denny's restaurant in Manassas.

22-year-old Jordan Anderson of Manassas, shown to the left in the photo above, faces murder and other charges following the fatal double shooting. Police say they arrested Anderson Sunday.

22-year-old Ryan Thomas Walker of Chesapeake Beach, Md. is still on the run.

Police later shared the following surveillance video of the moments leading up to the attack:

A manhunt is intensifying tonight for two suspects who stormed a Denny's in Northern Virginia and shot two people in an attempted robbery.

Police believe the duo was involved in three other area robberies before the holdup at the Denny's. They say they received over 100 tips in the case, and identified Anderson as the Denny's shooter based on forensic evidence collected at the scene.

Anderson is being held in jail without bond. Anyone with information on Walker's whereabouts is asked to call Prince William County police at 703-792-6500 or your local police department.

Court records show Anderson was sentenced to two years in prison in 2016 for a pair of burglaries in Ashburn, Va.