Hugh Hawthorne, the superintendent of Assateague Island National Seashore, discusses the dead whale that washed ashore on the beach Monday. Hawthorne said he can't pinpoint why this whale died, but the National Oceanic and Atmospheric Administration is investigating the matter.

The whale is in the Maryland Oversand Vehicle Area which is currently closed. 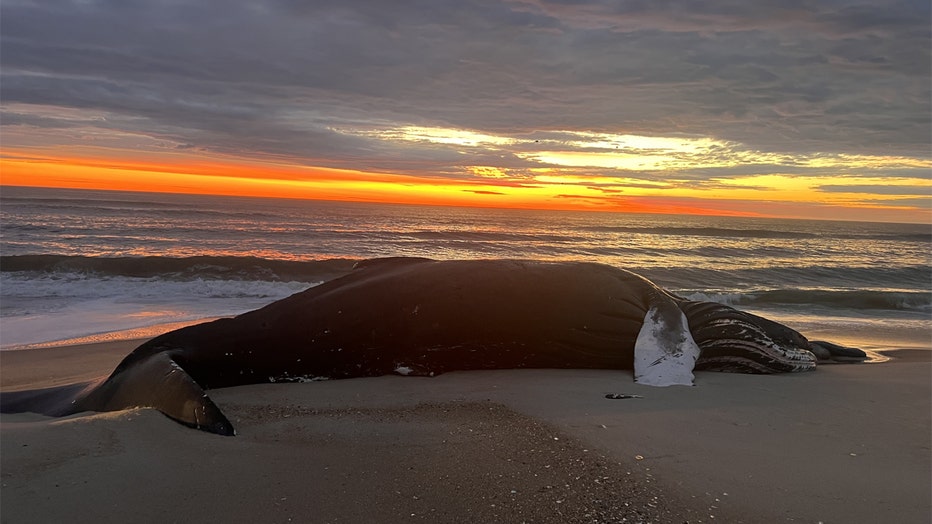 Officials say there are no obvious signs to the cause of death. A necropsy is planned for Tuesday.

After the necropsy is completed, the whale will be moved into the dunes and allowed to dry out prior to its eventual burial.

Officials say visitors who come across the whale should keep a distance and keep any dogs leashed. They say the carcass will smell but should not be noticeable for more than 50 yards away.