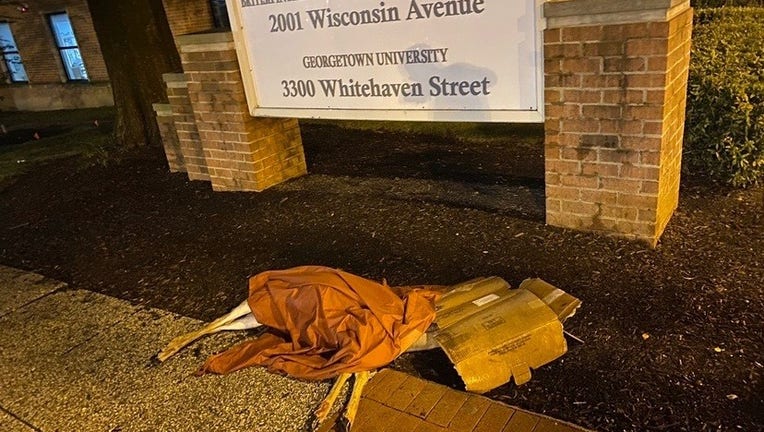 A FOX 5 viewer sent us this photo of a dead deer left on a Georgetown sidewalk.

WASHINGTON - Georgetown residents got an unsettling sight Saturday: a dead deer left on the sidewalk.

A FOX 5 viewer sent us a photo of the deer carcass, which was draped with a blanket and a box on its head.

We're told the deer was hit by a car around noon Saturday before being dragged to the sidewalk in front of the British International School of Washington on Wisconsin Avenue NW.

The deer was still on the sidewalk when this photo was taken around 11 p.m. Saturday.

Officials warn that "rutting" or mating season for deer is underway, and more car/deer collisions are likely.