DEA agents are reporting finding rainbow colored fentanyl pills in the D.C. region, amid more of the pills being seized around the country. FOX 5's Lindsay Watts reports.

On Thursday, border patrol agents in Arizona say they discovered 15,000 of the colored fentanyl pills strapped to someone’s leg.

Jennifer Lofland, Field Intelligence Manager for DEA Washington division, says pills have been seized in and around D.C. for at least the last 18 months. 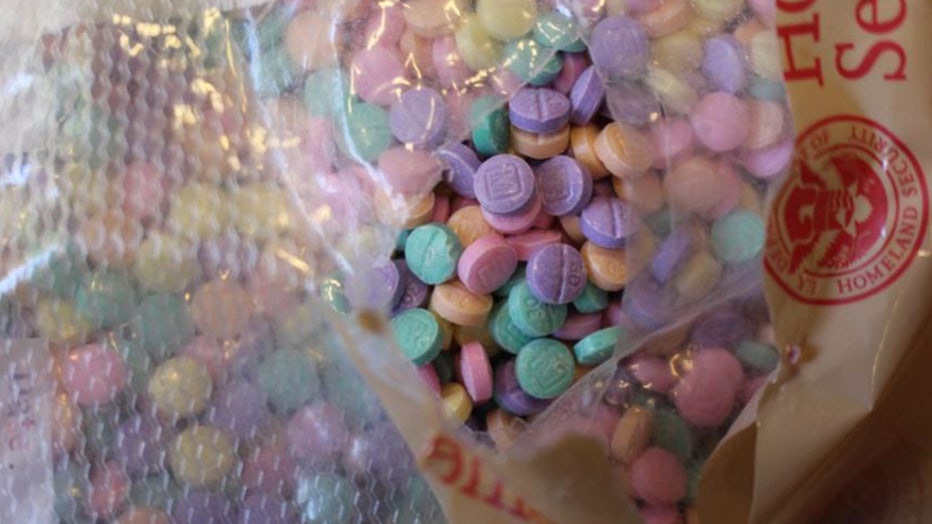 Colored fentanyl pills with the appearance of candy seized at Port of Nogales. (Credit: US Customs and Border Protection)

She said especially ahead of school starting, parents need to talk to their kids about never taking a pill unless it’s prescribed by a doctor. Lofland said there’s no way to know how potent an illegal pill might be or what it’s laced with.

"Some of the multi-colored pills that we’ve been testing in our labs recently, particularly a recent batch that appeared to be children’s chewable vitamins, were tested by our lab as containing both fentanyl and methamphetamine," said Lofland. "And so that is just an added layer of danger."

In Arizona, the port director of the Port of Nolgales tweeted that border patrol officers had seized colored fentanyl pills two days in a row. Michael Humphries said in addition to 15,000 pills found Thursday, 250,000 fentanyl pills were seized Wednesday, some of which were multi-colored.