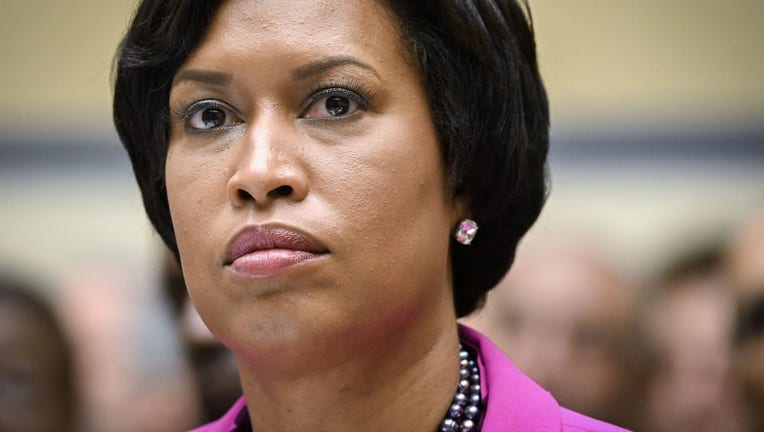 WASHINGTON - The action wasn’t just in downtown D.C. on Saturday: A few of the District’s school nurses protested outside the mayor’s home, calling for District leaders to include the school nurses’ union in public school reopening discussions.

The protest involved a smaller crowd of around 25 people, including D.C. nurses and members of the Washington Teacher’s Union.

Those protesting claim D.C.’s health director, the public schools’ chancellor and Mayor Muriel Bowser will not give school nurses a “seat at the table.”

Blegay raised this complaint before, telling FOX 5 the school nurses sent a letter to the DC health’s director back in August with school safety recommendations.

Blegay says DCNA still hasn’t heard back from the city’s health leaders on this letter.

The nurses also say those recommendations, including plexiglass barriers installed in the nurses suites to separate students from DCNA members, have not been implemented. DCNA members also say school nursing staff shortages have not be addressed.

“We were not asked about the input in how things are to be done safely and that is what we’re asking for – a seat at the table so that this can be done safely. It’s not that we don’t want it to be done. We want schools to be open. We want the kids to be able to come back, but the plans and things that are in place … it’s not safe,” said DC school nurse Thedith Moore.

Moore also tells FOX 5 that “a majority of the health suites, they don’t have the proper ventilation. They don’t have windows that may or may not open.”

Robin Burns, the school nurse president at DCNA, said "If we’re at one school and exposed to Covid, and then find out at a second school that we’re exposed, then that school is at risk.”

DCPS is still working on an agreement with the DC Teachers Union on returning to in-person instruction, but the Schools Chancellor did confirm CARE Classrooms for over 600 students across 35 schools will begin on Nov. 18.

CARE classrooms are the DCPS program that allows students to learn virtually under the supervision of elementary school staff at school.

DNCA is also protesting against the start of CARE classrooms come Wednesday.

After protesting at the mayor’s Northwest D.C. home, those demonstrating said they were headed down to the home of the DCPS schools chancellor.

FOX 5 reached out to the Mayor’s Office, DC’s Health Department and DCPS for comment on this story and are waiting for a response.

Those filtration units are set to be in place for the classrooms that were originally expected to be reopened on November 9th, before DCPS postponed there return to in-person instruction.

The D.C. Teacher’s Union previously accused DCPS of playing “Hunger Games” with their lives, claiming DCPS was not transparent with the safety measures implemented.