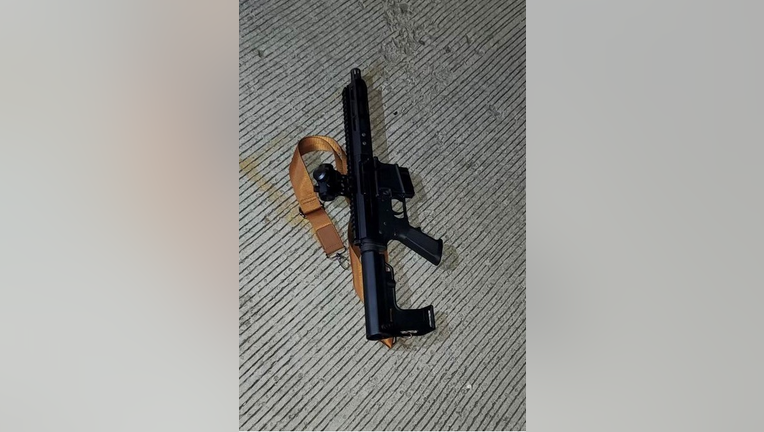 DC police say they recovered this rifle from the scene. (Photo courtesy of Metropolitan Police Dept.)

WASHINGTON - Police say at least one officer shot at a man armed with a rifle early Saturday in Southeast D.C.

Police say officers responded around 1:35 a.m. to a call of aggravated assault with shots fired in the 2300 block of Chester Street Southeast.

The officers engaged with the suspect, who was armed with a short-barreled rifle. At least one officer shot at the man after repeated commands.

The suspect dropped the rifle then fled in a vehicle, before crashing several blocks later. Police recovered a handgun from the suspect's vehicle.

Police said around 6 a.m. they eventually arrested the suspect.