The Washington, D.C. region is marking 11 years since a magnitude 5.8 earthquake near Mineral, Virginia rattled the east coast and caused significant damage to some of the most famous landmarks in the nation’s capital.

WASHINGTON - The Washington, D.C. region is marking 11 years since a magnitude 5.8 earthquake near Mineral, Virginia rattled the east coast and caused significant damage to some of the most famous landmarks in the nation’s capital.

The quake struck in the early afternoon of August 23, 2011. No lives were lost but property damage estimates ranged between $200 and $300 million, according to the U.S. Geological Survey.

Work continues at the National Cathedral in the nation's capital 11 years after an earthquake rattled the D.C. region. 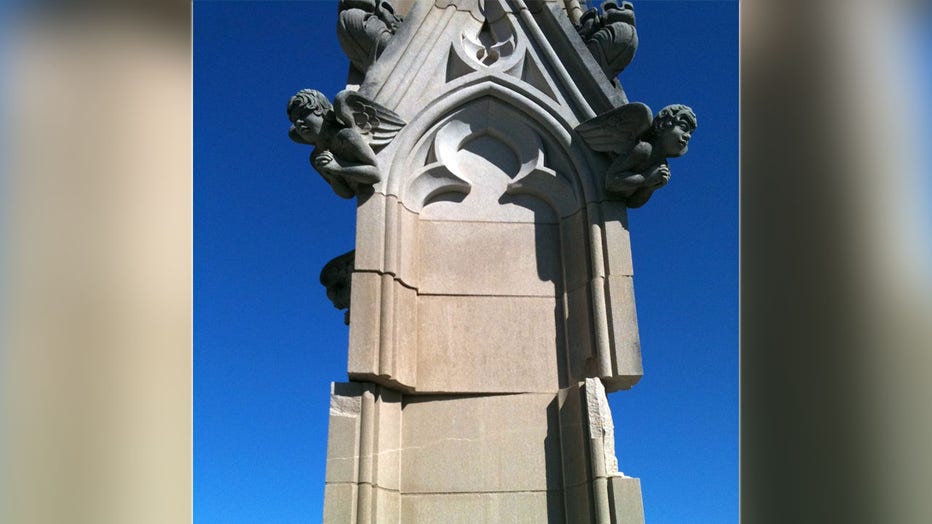 Damage to the Washington National Cathedral in D.C. from the earthquake in central Virginia on August 23, 2011. (William Leith, USGS)

In Louisa County, Virginia, near the epicenter of the earthquake, numerous homes and buildings – including two schools - were damaged. In Washington, D.C. - approximately 80 miles from the epicenter - historical structures like the Washington National Cathedral, Washington Monument and the Smithsonian Institution Building, popularly known as the "Castle" suffered major damage. 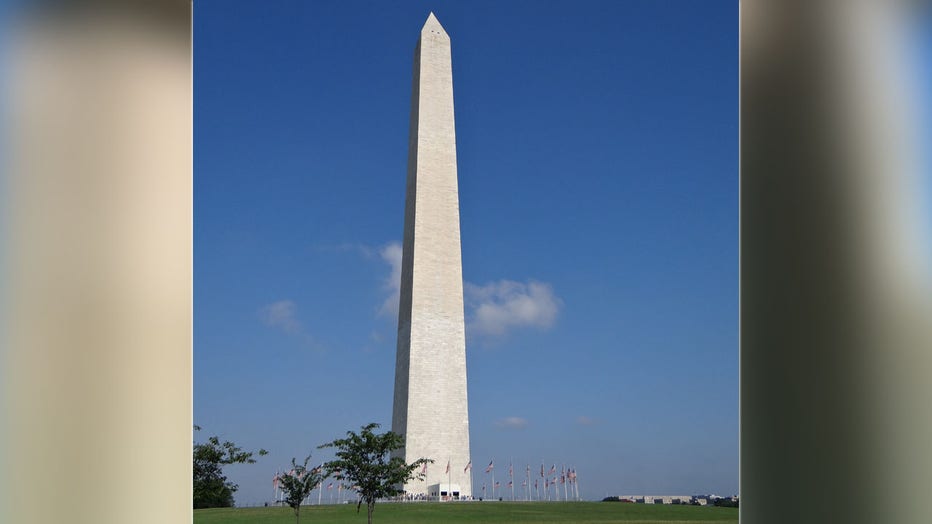 The Washington Monument was damaged in the 2011 earthquake in central Virginia, but has since been repaired. (Alex Demas, USGS)

Repairs to the Washington Monument cost $15 million and kept it closed for nearly three years. The quake caused $34 million in damage to the National Cathedral.

The USGS said that although the Virginia earthquake wasn’t the strongest to have hit the eastern U.S. – it was likely felt by more people than any quake in North America’s history. 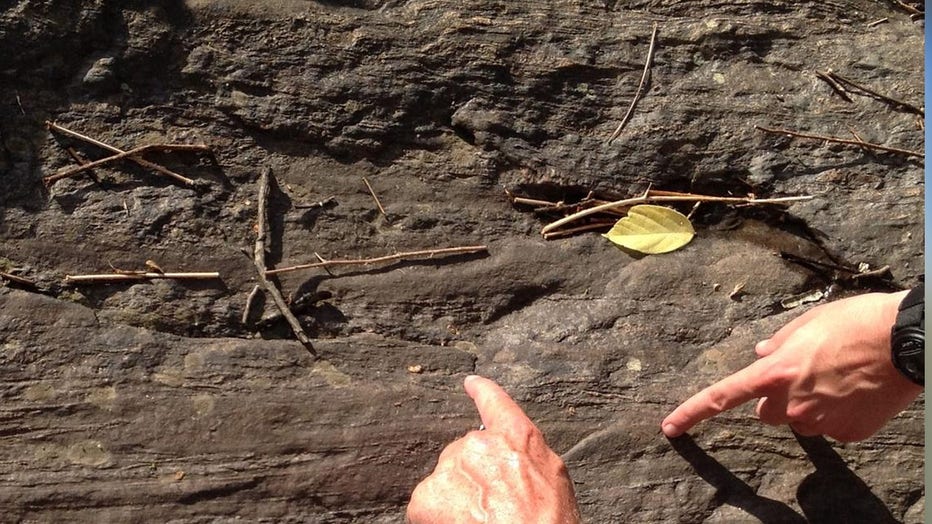 "The 2011 earthquake in Virginia was significant in raising awareness of east coast earthquake hazards and the importance of research to understand when and where earthquakes can occur," said David Applegate, current Director of the U.S. Geological Survey, during an interview in 2021. "Damaging earthquakes do not strike the eastern U.S. often, but the potential consequences of not understanding and planning for such events with their widely distributed shaking could be severe. The next significant earthquake on an eastern U.S. fault may not occur for hundreds of years, yet there is a small chance it could happen at any time." 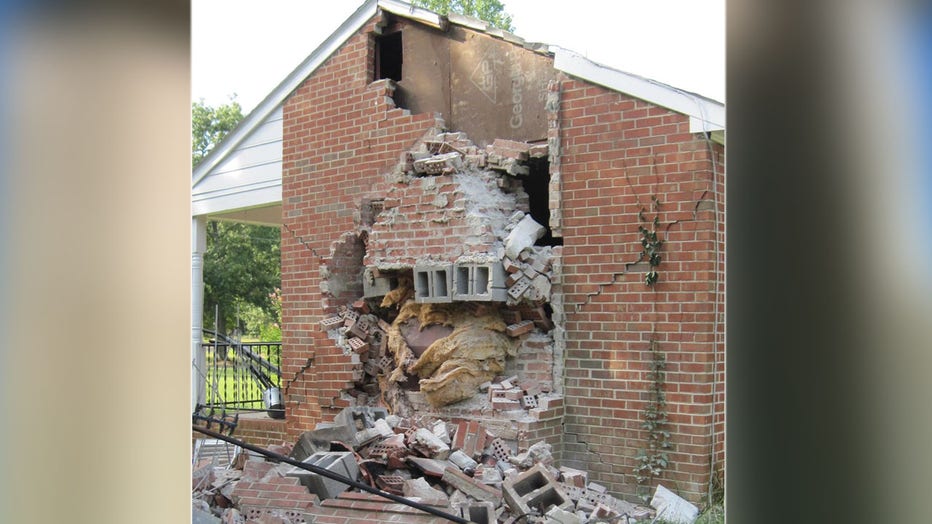 Photo of chimney damage at a house in Louisa County, Virginia. This was a result from a magnitude 5.8 earthquake in Virginia August 23, 2011. (Francis Ashland, USGS)

Within minutes of the earthquake, the USGS said their "Did You Feel It?" website registered nearly 150,000 responses ranging from Florida - to southeast Canada - and west to the Mississippi River Valley.

The USGS said more than 450 aftershocks - including six greater than magnitude three - were identified in the year after the earthquake. 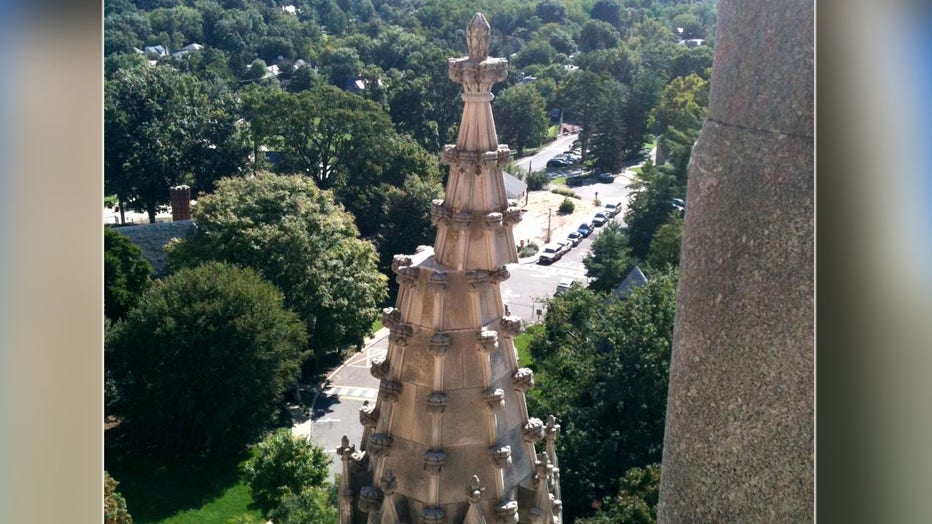 Damage to the Washington National Cathedral in D.C. from the earthquake in central Virginia August 23, 2011. (William Leith, USGS)