WASHINGTON (FOX 5 DC) - D.C.’s Department of General Services said Thursday that safety issues found by FOX 5 at a Northeast splash park have been fixed and ta crew has inspected all 31 splash parks across the city.

On Monday, a six-year-old boy fell into an unsecured water filtration system at Marvin Gaye Park.

By Tuesday, DGS, the agency responsible for park maintenance, sent a crew to secure the cover of the filtration system, but FOX 5’s Lindsay Watts and Van Applegate found right next to that, the plastic cover for a water meter was not secure. When removed, it revealed a hole at least two feet deep. 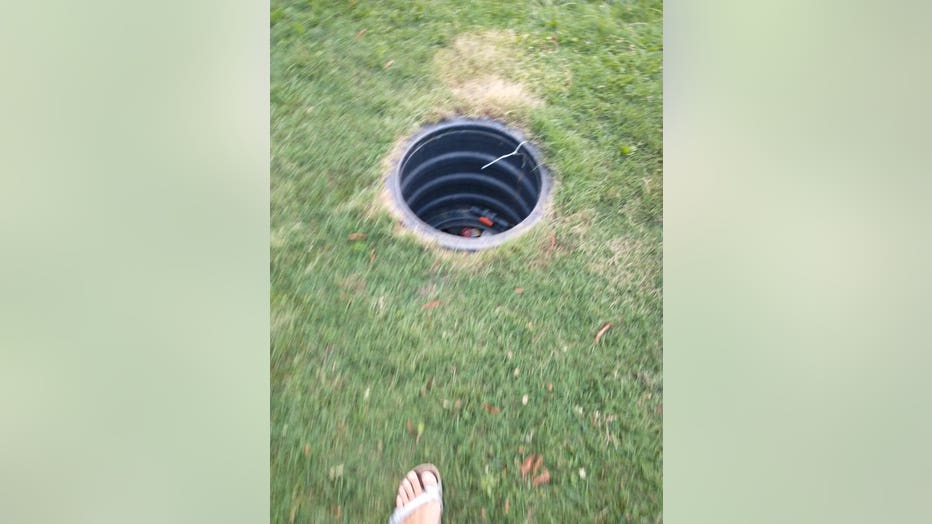 Nearby, the padlock was off for the water park’s electric panel allowing access to switches.

DGS and the Department of Parks and Recreation released a joint statement to FOX 5.

"Both the Department of General Services (DGS) and the Department of Parks and Recreation (DPR) are focused on maintaining safety at the District’s splash parks, after the report of an unsecured water vault cover at the Marvin Gaye splash park.  DGS regularly maintains all District-owned properties, however, out of an abundance of caution, a crew was quickly dispatched to inspect all 31 splash parks over the course of July 20 and 21 to assess these sites and ensure they are in safe condition.  An electric box and all ground covers at the Marvin Gaye splash park are secured.   In addition, DGS is seeking additional methods to make the Marvin Gaye cover and the covers at two other splash park locations – with similar designs (Friendship and Fort Davis) – more secure."

Exposing hidden dangers at splash parks and beyond

A 6-year-old boy playing at a DC splash park fell down this unsecured water filtration system. His mother was able to get him out, but tonight she’s livid over other safety issues at parks throughout the city. FOX 5’s Lindsay Watts has more.

On Tuesday, FOX 5 spoke to Lisa Mueller after her son, Ernesto, was playing near a water vault.

"I yelled, ‘Hey, don’t touch that,’ but I didn’t actually think it would open," said Mueller. "And apparently he didn’t either because he just lifted it and it popped up. And I honestly don’t know how this happened because it all happened so quickly, but he fell in feet first and just disappeared."

Mueller said fortunately her son is tall enough that when he lifted his hands, she was able to pull him out.

She said she called 911 and took a video of what it looked like in the filtration system to spread the word about what happened.

A police report says responding officers believe someone intentionally forced the cover off and that the screw holes were stripped.

Mueller said following the incident, she spent the day checking out other splash parks in the city and finding potential hazards.