The council unanimously voted in favor of the bill Tuesday.

While there was consensus on much of the 450-page bill, provisions to reduce maximum sentences, the elimination of nearly all mandatory minimum sentences, and expansion of the right to jury trials by those accused of misdemeanors have sparked concern.

In October 2022, D.C. U.S. Attorney Matthew Graves issued a statement in which they acknowledged that reform was "sorely needed" but said they "still have concerns with multiple aspects of this bill and believe that some provisions, while well-intentioned, could undermine community safety and impede the administration of justice in our courts."

An earlier version of the bill called for eliminating all mandatory minimums, but the version the council approved provided an exception for first-degree murder charges, which the prosecutor's office suggested.

Graves' office also called for a higher maximum penalty for first-degree burglary, from the proposed four years to six years. 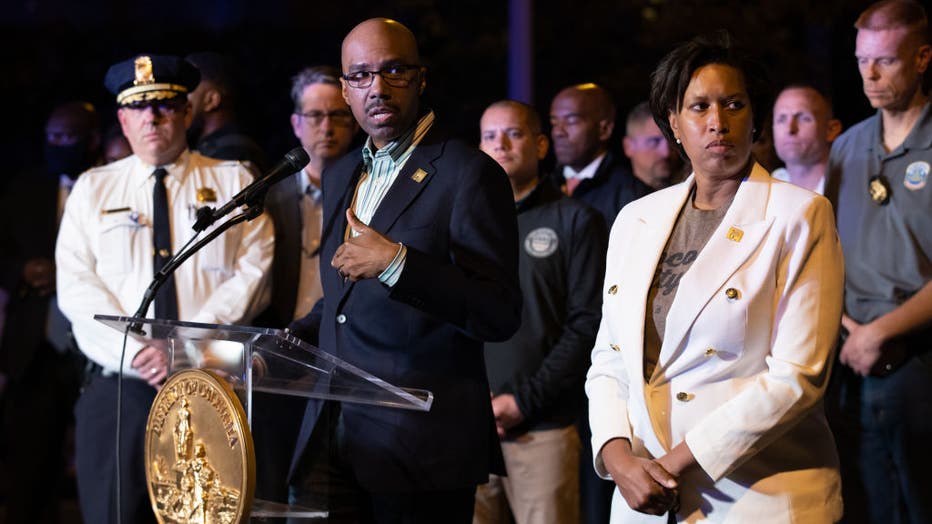 WASHINGTON, D.C. - APRIL 22: From left, Chief Robert Contee III and Mayor Muriel Bowser speak to the media at the scene of an active shooting in Washington, D.C. on Friday, April 22, 2022. (Amanda Andrade-Rhoades/For The Washington Post via Getty Ima

Other reforms have led to concerns that the criminal justice system will be overwhelmed. The bill calls for a right to a trial by jury – as opposed to a bench trial decided only by a judge – for any offense bearing a penalty of more than 60 days in jail, which covers most misdemeanors.

"The concept we’re not opposed to, but we are opposed to placing that burden on our courts, which are experiencing a vacancy crisis," Washington, D.C. Mayor Muriel Bowser told lawmakers in October, according to DCist.

"If we’re reducing a sentence from ten years down to five years, that makes the city less safe," Contee said in October.

Bowser claimed that this "sends the wrong message to our residents when we are using every resource in our government to drive down crime."

The bill will now go to Bowser's desk for a signature and then to Congress for final approval.