A news release from the Amalgamated Transit Union Local 689, which consists of more than 15,000 members, says they are currently negotiating a new contract with RATP Dev — the company that was awarded the contract to manage the District Department of Transportation’s (DDOT) bus system in 2018.

"RATP Dev left us with no other options but to walk off the job at the DC Circulator," said ATU Local 689 President Raymond Jackson in a statement. "We encourage commuters to seek other forms of public transportation throughout the city. After months of negotiations, it has become clear that RATP Dev has been negotiating in bad faith, committing multiple unfair labor practice (ULP) violations in the process." 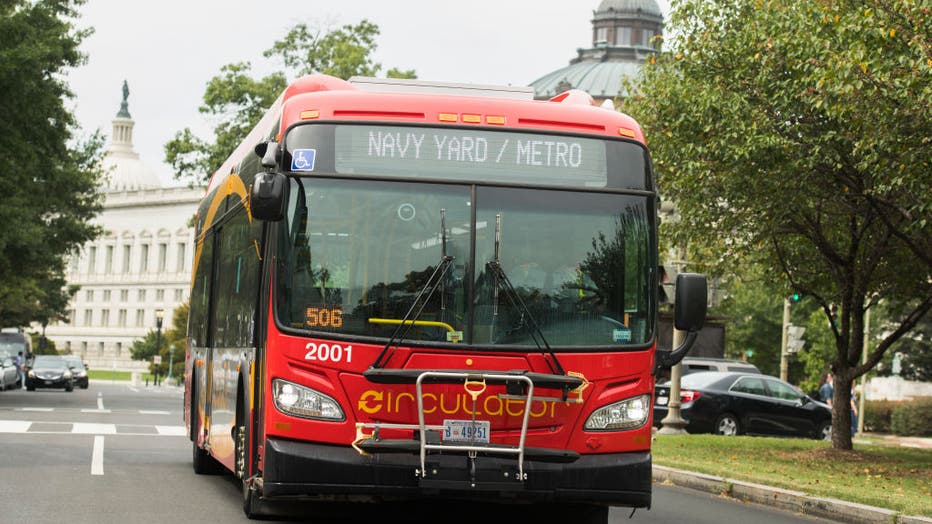 The previous contract expired Saturday, and the union declined the company's offer to enter into an additional extension agreement after RATP Dev threatened to substitute union members with subcontractors, and eliminate workers’ federal rights under the Family & Medical Leave Act.

One bus driver did show up for their shift on Tuesday. All routes have been impacted. For more on alternate routes, click here.

D.C is also partnering with Lyft to offer 20 free rides on Capital Bikeshare classic bikes. Riders can use the code '20DCRIDES' in the Capital Bikeshare of Lyft app to get 20 free 30-minute rides that begin in the District during May 2022.

The strike will continue throughout the day until an agreement is reached.