Monday marks the first day that bars can stay open 24 hours as World Cup watch parties are happening all across D.C. Several strategies have been put into place to ensure patrons are safe at the venues hosting events. FOX 5's Tisha Lewis spoke to one bar owner whose team underwent active shooter training to prepare for any violence.

WASHINGTON - Monday marks the first day that bars can stay open 24 hours as World Cup watch parties are happening all across D.C.

Several strategies have been put into place to ensure patrons are safe at the venues hosting events.

Management at Prost DC —  a German food hall in the Mount Vernon Triangle neighborhood of Northwest — has undergone active shooter training to prepare for any violence.

Frank Wilson, co-owner at Prost DC, said that his team has discussed various scenarios and is "generally prepared" if anything happens.

"We do our own training with bars about how to deal with everything from not over-serving someone to doing active shooter training," Falcicchio said. "We do that training regularly with them, and we want to make sure that they're safe and that they know how to get in touch with MPD if they have to. And our hope is that they never do have to. [We hope] everybody is there for a good time and that's what the World Cup is all about." 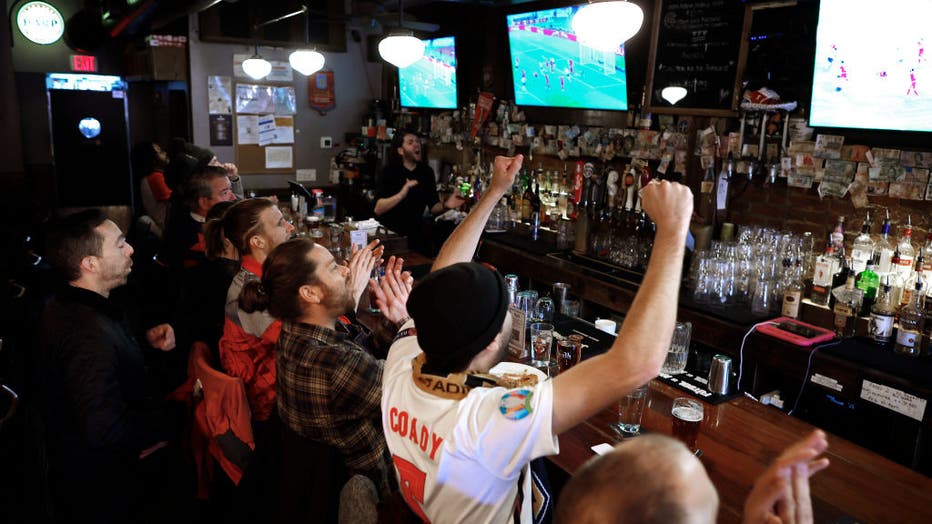 WASHINGTON, DC - NOVEMBER 21: England football fans cheer as England scores one of its six goals against Iran during the FIFA World Cup at The Queen Vic on November 21, 2022 in Washington, DC. The United Kingdom-themed bar and restaurant joined about

Falcicchio said the city has not increased police presence during the World Cup. Instead, the Planning and Economic Development department is encouraging bar owners to employ additional security during the expanded hours

"If a bar is able to have more security we think that's a great idea for them to do that especially if they're going to operate as much as they possibly can," Falcicchio said.

In September, D.C. council approved the World Cup Emergency Amendment Act of 2022, which extends bar hours during the tournament. However, no alcohol can be served between 4-6 am.

Liquor stores and breweries in the District have also been granted a temporary license to sell alcohol 24 hours a day. Bars would normally close at 2 a.m. on weekdays and later on the weekend. Businesses taking advantage of the extended hours were required to give D.C. police a heads-up.

FOX 5 has learned that 124 bars and establishments applied to stay open all day. Many owners and D.C. leaders that we spoke to said they don’t anticipate any issues. But many of the workers behind the bar are prepared just in case.