Parents have spoken out about safety concerns at some D.C. public schools as the District deals with a shortage of crossing guards.

WASHINGTON - Parents have spoken out about safety concerns at some D.C. public schools as the District deals with a shortage of crossing guards.

For instance, Monday morning the Miner Elementary School Parent Teacher Organization tweeted pictures of the school’s principal directing traffic, adding the caption, "Principal Dance is in his first year at [Miner Elementary]. If you ask him how many days he has had to add ‘crossing guard’ to his resume because we don’t have a consistent one your head would spin."

According to elected officials, the problem extends to other District schools too.

"Why are we missing our crossing guards?" asked D.C. Councilmember Charles Allen (D-Ward 6). "They’re a really important part of making sure kids can get to and from school safely."

Crossing guard staffing falls under the purview of the District Department of Transportation (DDOT). In a statement, a spokesperson for the agency told FOX 5 they’d dealt with "a multiple number of call-outs, creating a staffing coverage deficit." 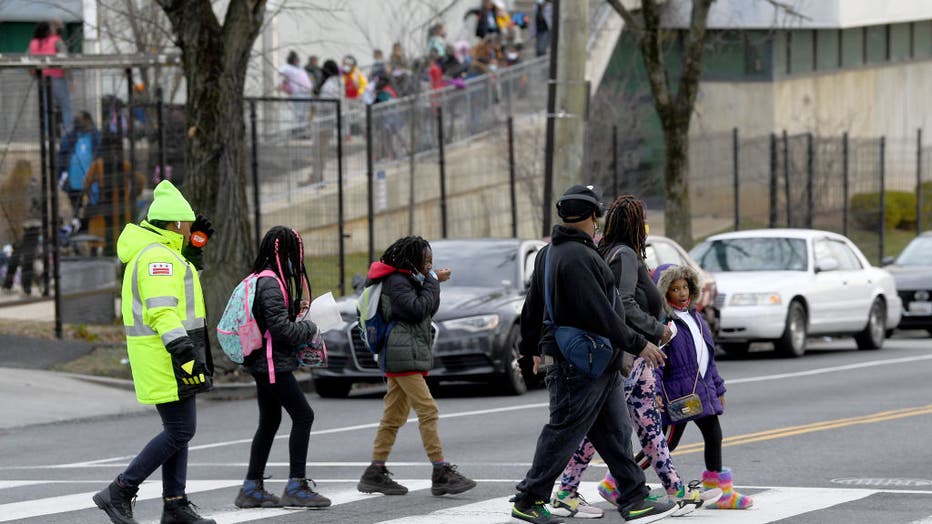 They added that "beginning next week an additional 20 crossing guards will begin work," and that "DDOT will begin hiring 60 new safety officers to support staffing."

"When I talked to DDOT, they are training some additional folks, and they promised me within a matter of a week or two there’s going to be more crossing guards coming out, but the beginning of school didn’t sneak up on us," Allen said.

Some parents – like Jasmine Dawson, with her seven-year-old son Isaiah – had similar feelings too.

Crossing guard saves student from being hit by car

The heroic rescue, caught on camera, shows Corporal Annette Goodyear from the North East Police Department risk her life for a student crossing the street.

"It is kinda dangerous because I do see a lot of young children his age and maybe a little older that goes to this school that sometimes walks to school by themselves," Dawson said.

When asked for comment, a District of Columbia Public Schools spokesperson referred FOX 5 to DDOT instead.