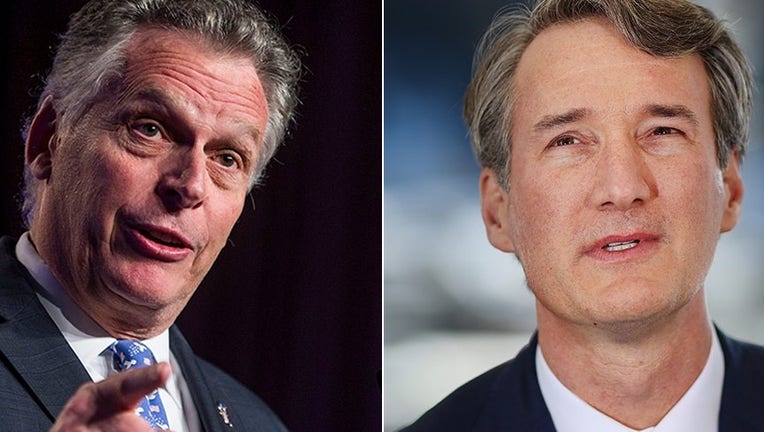 Virginia has, for years, been viewed as turning blue, but the recent debate over critical race theory (CRT) has led some to believe Democrats' longstanding lead could fall into the red.

The stark contrast between candidates in this year's gubernatorial race and the off-year nature of the election offer a unique opportunity to glean potential impacts of the controversy.

Former Gov. Terry McAuliffe, who is seeking the job again after holding it from 2014-2018, has largely ignored the issue, at one point stating that it was a "conspiracy" concocted by Republicans. Meanwhile, Republican Glenn Youngkin has made anti-CRT advocacy a prominent part of his campaign.

"Virginians are waking up and mobilizing against Critical Race Theory and its defenders like Terry McAuliffe," Youngkin spokesperson Macaulay Porter told Fox News.

"Virginians know Terry doesn't have the best interests of parents, teachers, and students in mind. He dismisses their concerns as a right-wing conspiracy, and is more focused on pushing his political agenda on our schools than anything else. What Terry doesn't realize is that this issue crosses party lines. The people of Virginia are speaking out against his radical agenda and will do the same at the ballot boxes this fall."

Polling, however, indicates that a partisan divide holds firm across the country. Morning Consult released a poll last month showing that among registered voters, 39% of Democrats had never heard of critical race theory.

Still, it's unclear how big the impact will be statewide. School board meetings have offered some indications of the fervor, which theoretically could translate into higher turnout among anti-CRT voters.

Typically mundane, school board meetings and the surrounding chaos in Virginia have helped elevate CRT into a national issue.

Last week, Fox News reported on a school board meeting where a member of the Fairfax NAACP seemed to say "let them die" in reference to her political opponents. Both she and the Fairfax Democratic Committee chair, who was seen applauding after that line, have said they favored the various political ideas dying rather than the individuals advocating them.

Loudoun County and Virginia as a whole are both important bellwethers as they've both undergone demographic and political changes in recent decades. Although former President Bush won Loudoun in the 2000 and 2004 elections, both former President Obama and current President Biden were victorious in the county.

Outside of Loudoun, Virginia Beach and another one of the nation's wealthiest districts, Fairfax County, have seen heightened controversy on the issue. The high stakes nature of Northern Virginia prompted at least one group, 1776 Action, to mass text Independent residents about McAuliffe's "conspiracy" comment.

Referring to Republican criticism of CRT in audio obtained by Fox News last month, McAuliffe said: "That's another right-wing conspiracy. This is totally made up by Donald Trump and Glenn Youngkin. This is who they are. It's a conspiracy theory."

Morning Consult's polling showed those who identify as Independents have similar views as Republicans on CRT, with 31% expressing a somewhat unfavorable or very unfavorable (25%) view, and only 13% offering a very favorable or favorable view. Meanwhile, 18% said they heard of it but had no opinion and 36% said they had never heard of the controversial academic theory.

The state government has also been considering contentious proposals that would presumably influence school material statewide.

McAuliffe's campaign did not respond to Fox News' request for comment.

Oxford Reference defines CRT as: "A radical movement within jurisprudence that traces its origin to a conference held in Madison, Wisconsin, in 1989. Sometimes called outsider jurisprudence, it sets out to challenge the conventional liberal approach to civil rights issues, in particular the notion that there can be a colour-blind [sic] view of social justice."

Defenders generally argue that CRT-type training helps enhance dominant groups' understanding and empathy of what the oppressed experience on a regular basis. These types of trainings have also been promoted as ways to "dismantle" or weaken alleged structures imposing burdens through bias and discrimination.

"In explaining LCPS' equity priorities, it might be helpful to state what they are not. They are not an effort to indoctrinate students and staff into a particular philosophy or theory. What they are is an effort to provide a welcoming, inclusive, affirming environment for all students," said then-Interim Loudoun Superintendent Scott A. Ziegler. Public records requests and officials' statements have indicated CRT influences Loudoun's work in some ways.

"LCPS' work on equity is a journey that requires the commitment of staff at all levels. I feel the staff's work, which has been sustained, honest and undertaken in good faith, has been misrepresented recently by some members of the public," he added.