On Tuesday, China’s new COVID-19 cases more than doubled from the previous day as it faces by far its biggest outbreak since the early days of the pandemic.

The National Health Commission said 3,507 new locally spread cases had been identified in the latest 24-hour period, up from 1,337 a day earlier. 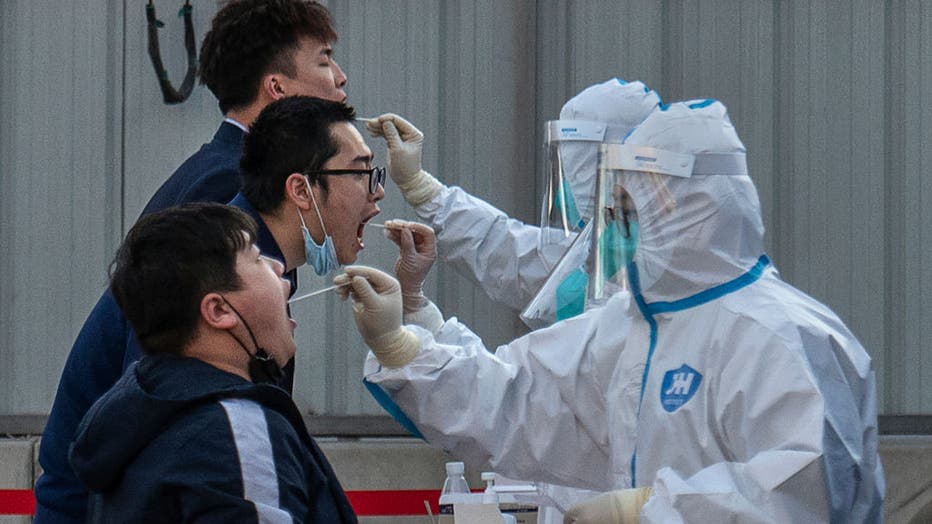 BEIJING, CHINA - MARCH 14: Health workers dressed in protective clothing give nucleic acid tests to men at a mass testing site to prevent COVID-19 on March 14, 2022 in Beijing, China. China has stepped up efforts to control a recent surge in coronavi

A fast-spreading variant known as "stealth omicron" is testing China’s zero-tolerance strategy, which has previously kept the virus at bay after a deadly initial outbreak in early 2020.

Most of the new cases were in northeast China’s Jilin province, where 2,601 were reported. Smaller outbreaks have broken out around the country, including in the major cities of Beijing, Shanghai, and Shenzhen.