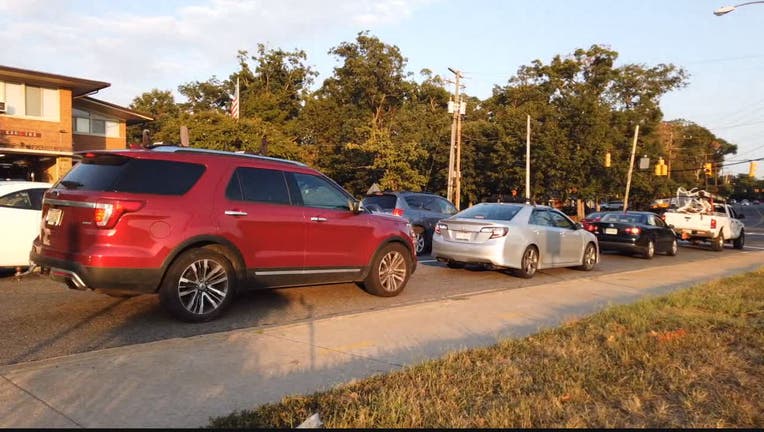 ALEXANDRIA, Va. - A controversial change is coming this fall to a major thoroughfare in Northern Virginia.

Seminary Rd. in Alexandria is shrinking, at least for drivers. The four lane road will be modified so it’s one lane in each direction with a center turn lane and two bike lanes on either side of the road.

An Alexandria city spokeswoman said Monday that the work should take just two to four weeks to complete. She said staff is working now on a specific timeline now.

A controversial change is coming this fall to a major thoroughfare in Northern Virginia.

The section that will be modified is a mile stretch between North Quaker Lane and North Howard Street.

The change comes after months of debate. After Alexandria’s own traffic and parking board recommended keeping Seminary Rd. four lanes, some thought city council would agree. But that’s not what happened at the meeting Saturday. It was a four to three vote to slim down the road, giving more space for bikes.

Many at the meeting spoke about the need to make it safer for cyclists, including Nicole Radshaw was hit by a car on Seminary Rd. as she was biking to work in 2016.

“I landed in the road and all I remember is screaming and panic,” said Radshaw.

She’s among those who says this is a needed change.

“I think it’s a way to start building a better infrastructure, I mean not just for bikers but for pedestrians and for other people who want traffic calming situations,” she said.

On the other side are people who believe this is going to be a nightmare for drivers and bottleneck traffic. There are also concerns about first responders navigating the stretch of road.