The Washington Commanders have agreed to return security deposits to former season ticket holders and pay a $250,000 penalty in a settlement with the state of Maryland.

The team has 30 days to return fans’ deposits as part of the arrangement announced Friday by Maryland Attorney Brian E. Frosh after he accused it of violating the state’s Consumer Protection Act.

"For many years, the Commanders kept money that was not theirs. It belongs to their customers," Frosh said in a statement. "Today’s settlement will require the team to return the monies owed to consumers. The Commanders will pay a penalty, and they will be enjoined from engaging in similar practices in the future."

RELATED: Commanders sued by DC for cheating fans out of ticket money

The District of Columbia on Thursday said it was suing the Commanders in civil court over what it called a scheme to cheat season-ticket holders out of money. It’s the second civil suit brought against them by D.C. Attorney General Karl A. Racine’s office after last week filing a complaint against the team, owner Dan Snyder, the NFL and Commissioner Roger Goodell for colluding to deceive fans about an investigation into the team’s workplace culture. 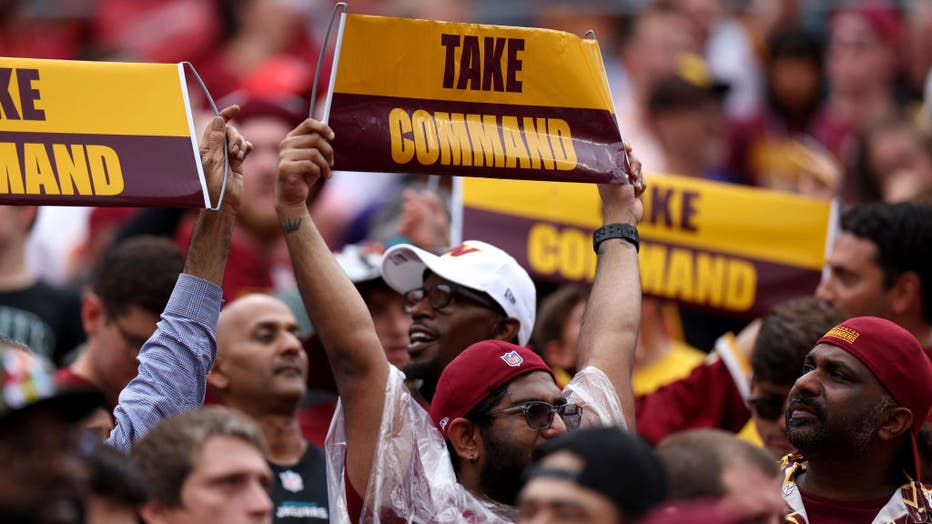 The attorneys general of Maryland, D.C. and Virginia launched parallel investigations in April after the U.S. House Committee on Oversight and Reform referred its case to the Federal Trade Commission for potential financial improprieties. The league retained former U.S. Attorney Mary Jo White to look into those questionable business practices, including allegations of withholding ticket revenue from other teams, which the Commanders deny.

The Washington Commanders have been sued again by the District of Columbia. This time, the team is accused of scheming to cheat fans out of ticket money. FOX 5's Josh Rosenthal reports from Summerfield, Maryland.

Washington plays home games at FedEx Field in Landover, Maryland, and practices at a facility in Ashburn, Virginia. Racine said the team, now known as the Commanders after playing under different names in previous years, is subject to laws in the District because it markets to D.C. residents, who are paying customers as fans.

Asked for comment about the settlement with Maryland, a spokesperson referred the same statement sent Thursday saying the team did a review of deposits in 2014 and has since conducted an audit of finances and found no evidence of intentionally withholding ticket money or converted unclaimed funds into revenue.