WASHINGTON - The Washington Commanders will suit up in their "Black and Bold" uniforms Sunday when they take on the Dallas Cowboys at AT&T stadium.

It's the first time the team has donned the new uniforms, which are predominately black with burgundy and gold accents.

The Commanders emblem is stitched onto the back of the jerseys, just above the player's last name. The D.C. flag is on the right shoulder, beneath the Nike swoosh.

Washington Commanders narrow mascot choices down to hog or dog

A hog or a dog? That's what the Washington Commanders say the team's mascot choices have been narrowed down to.

The players also wore the all-black helmets during practice Wednesday, according to the team's spokesperson.

In the Commanders first three games, the players sported their white uniforms with burgundy pants.

Check out the Black and Bold uniforms below: 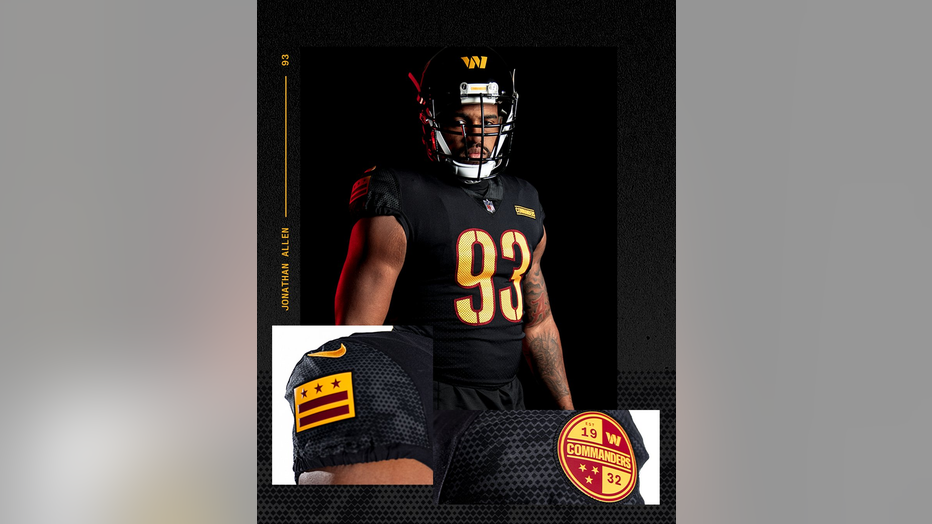