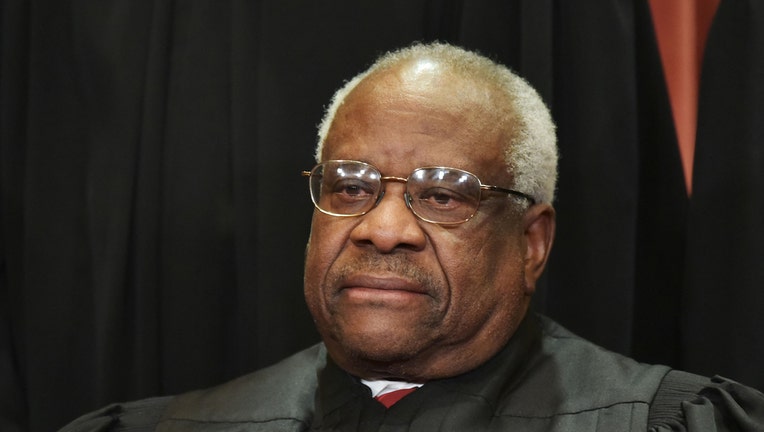 Associate Justice Clarence Thomas poses for the official group photo at the US Supreme Court in Washington, DC on November 30, 2018. . (Photo by MANDEL NGAN / AFP via Getty Images) ( Getty Images )

His comments came during a new documentary -- "Created Equal: Clarence Thomas in His Own Words" --  in which he reflects on the difficulties he faced during his confirmation battle in 1991.

"But it turned out that through all of that, ultimately the biggest impediment was the modern-day liberal," he added. "They were the ones who would discount all those things because they have one issue or because they have the power to caricature you."

The film is set to be released in early 2020, nearly 30 years after he assumed his spot on the nation's highest court.

Thomas, the second African American to serve on the court, also spoke about the treatment he and Housing and Urban Development Secretary Ben Carson experienced as black conservatives.

"There's different sets of rules for different people," he said in a clip released in October. "If you criticize a black person who's more liberal, you're a racist whereas if you can do whatever to me -- or now, Ben Carson -- and that's fine because you're not really black because you're not doing what we expect black people to do."

Thomas famously described his confirmation process as a "high-tech lynching," telling the Judiciary Committee they were participating in a "circus."

"As a black American, as far as I'm concerned, it is a high-tech lynching for uppity blacks who in any way deign to think for themselves ... and it is a message that unless you kowtow to an old order, this is what will happen to you -- you will be lynched, destroyed, caricatured by a committee of the U.S. Senate rather than hung from a tree," he said.

During the documentary, he also opened up about his confirmation process, criticizing the way people used his race against him and sharing his thoughts about former Vice President Joe Biden.

"I understood what he was trying to do. I didn't really appreciate it," Thomas reportedly said of Biden, the former chair of the Senate Judiciary Committee. Biden, who oversaw Thomas' confirmation hearings in 1991, had tried to ask Thomas about "natural law" -- a thinly veiled attempt to get at his views on abortion, according to the justice.

"Natural law was nothing more than a way of tricking me into talking about abortion."