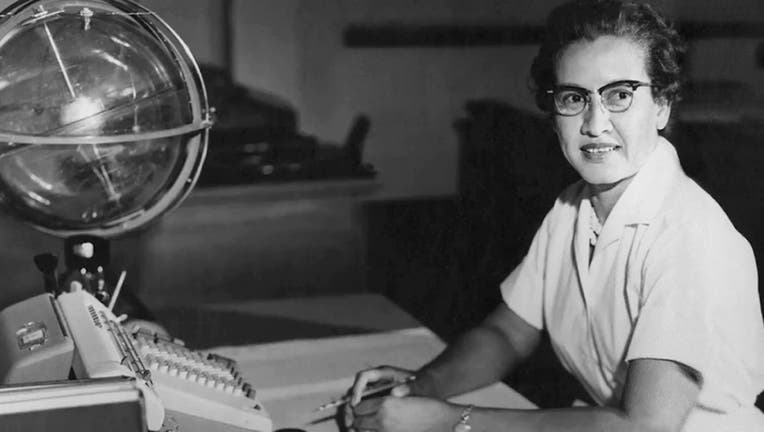 HAMPTON, VA - 1962: NASA space scientist, and mathematician Katherine Johnson poses for a portrait at her desk with an adding machine and a 'Celestial Training device' at NASA Langley Research Center in 1962 in Hampton, Virginia. (Photo by NASA/Getty

“The message to our middle school students is ‘Eagles can soar beyond these earthly skies at Katherine Johnson Middle School,” said school board member Toby Sorensen, who read the resolution during Monday's school board meeting.

Officials say the community submitted almost 300 names, which were eventually narrowed to six by an advisory team to the superintendent.

“Katherine Johnson has been an inspiration to me for many years, and I know she will be an inspiration to our students,” said Dr. Phyllis Pajardo. “I look forward to working with the Board and the school community to dedicate the building to this extraordinary person in the spring,” said Dr. Pajardo. 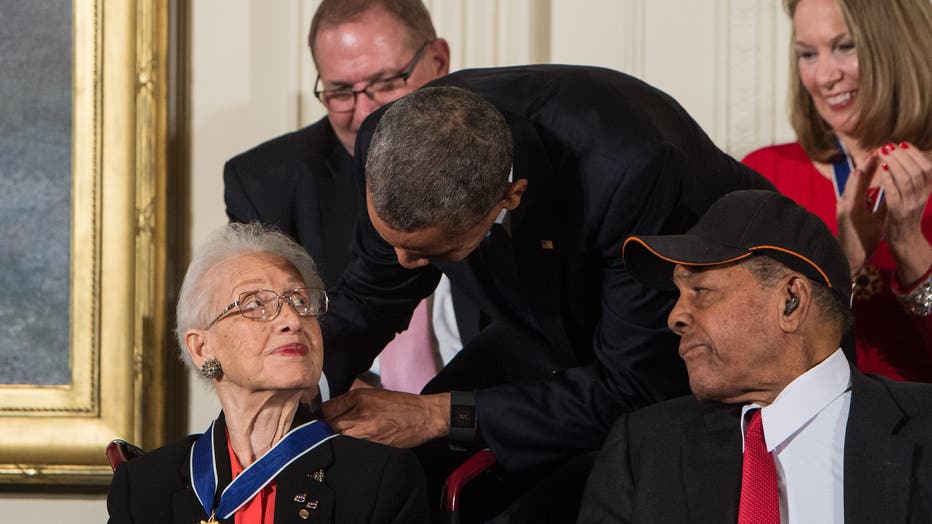 Officials provided more on Johnson's background on their website:

"Born in 1918 in White Sulphur Springs, West Virginia, Dr. Katherine Goble Johnson was one of three black students to integrate West Virginia’s graduate school in mathematics. Dr. Johnson joined the all-black West Area Computing section at the National Advisory Committee for Aeronautics (NACA) in 1952. In 1957 the launch of the Soviet satellite Sputnik refocused Dr. Johnson and the country as part of NACA’s Space Task Group which later became NASA. In 1962, Johnson “was called upon to do the work that she would become most known for” according to NASA. The team prepared for the orbital mission of John Glenn, controlling the trajectory of Glenn’s Friendship 7 capsule mission from liftoff to splashdown. With the introduction of IBM’s calculating machines and the hiccups that accompanied it, Glenn famously asked engineers for Johnson to run the numbers before his take off. “If she says they’re good, then I’m ready to go,” said Glenn. The flight was a success and marked a turning point in the space race between the US and the Soviet Union.

Dr. Johnson retired after 33 years at NASA and was awarded the Presidential Medal of Freedom, America’s highest civilian honor in 2015 by President Barack Obama. She died in February of this year. “She was an American hero and pioneering legacy will never be forgotten,” said NASA Administrator James Bridenstine."

Katherine Johnson Middle School will officially go into effect in July 2021 before the start of the 2021-2022 school year, according to officials. 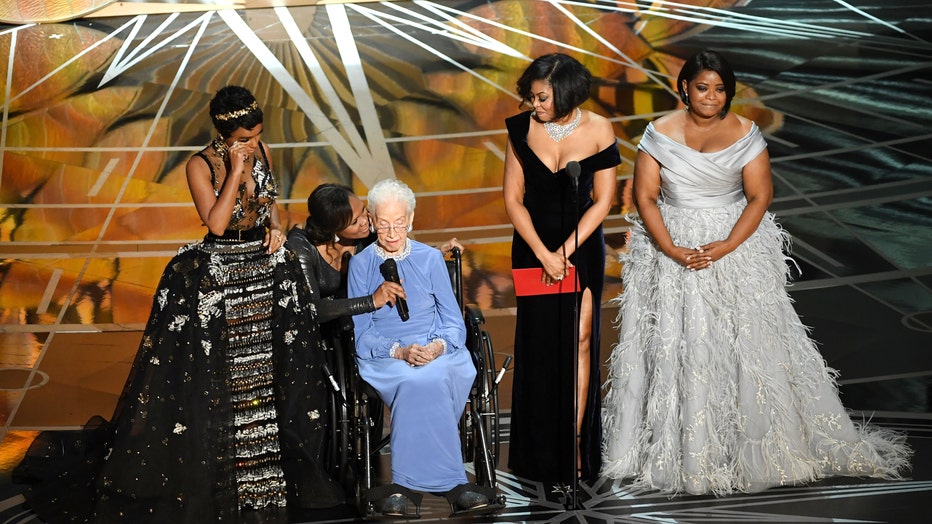