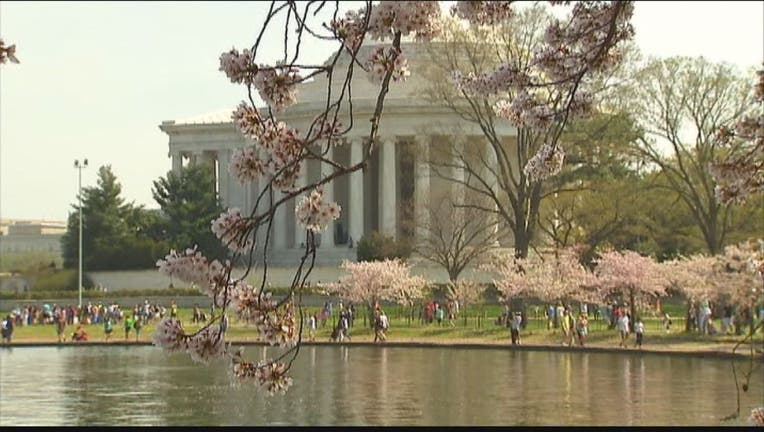 This weekend's cold weather did not affect the Tidal Basin's cherry blossom trees!

Temperatures are expected to reach near-freezing Monday night, but NPS says it will not affect peak bloom. In past years, unusually warm or cold temperatures have resulted in peak bloom as early as March 15 and as late as April 18, according to NPS. The average date for blooming is April 4.

Once the trees reach peak bloom, the blossoms can remain on the trees for 4-10 days, according to NPS.

Here are some festival dates to keep in mind:

Saturday, April 2: The Blossom Kite Festival, a family-favorite tradition, has competitions and demonstrations. Open kite flying is welcome on the Public Field. Bring your own kite, or children can make a kite to fly at an activity station (while supplies last).

Saturday, April 16: After the parade, six blocks near Capitol Hill turn into a celebration of Japanese culture with food, performances and more during the Sakura Matsuri Festival.