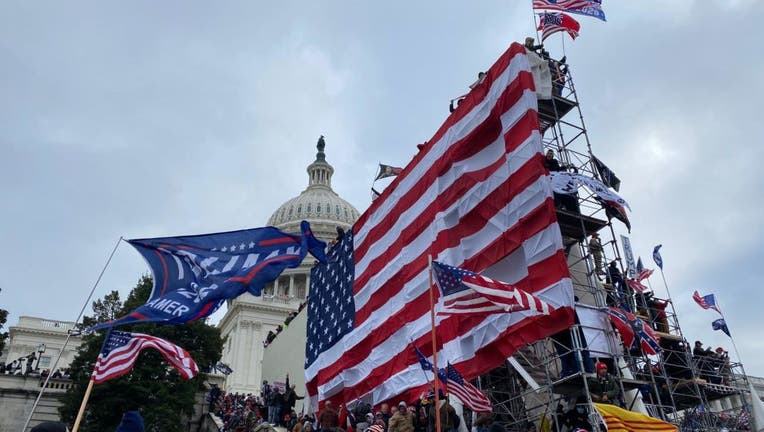 CHARLES COUNTY, Md. (FOX 5 DC) - The Charles County Sheriff's Office is investigating the possible involvement of a corrections officer who may have been "inappropriately present" on the grounds of the U.S. Capitol last Wednesday amid the pro-Trump riot.

According to the sheriff's office, command staff received an internal complaint of the corrections officer's possible involvement on Tuesday.

"I wanted to immediately inform the community of this investigation and reassure them that we are working with federal authorities to determine what the employee’s exact involvement was and determine whether there was a violation of laws or agency policies," said Charles County Sheriff Troy D. Berry. "Let me be very clear: While I support lawful expressions of freedom of speech and assembly, I do not condone the violence or the threats to our democracy that we observed that day. Our agency will work hand-in-hand with federal authorities in this matter."

The corrections officer has been suspended pending the outcome of the investigation, the sheriff's office says.

There is no indication other employees were involved at this time.