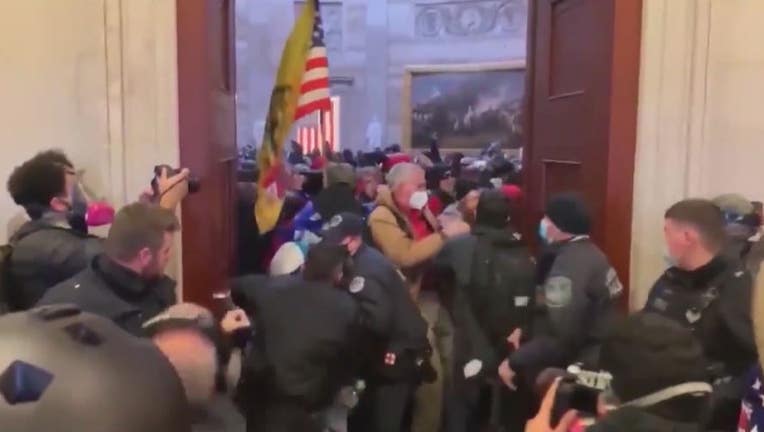 WASHINGTON - U.S. Capitol Police have recommended discipline for six officers for "unbecoming conduct" during the Jan. 6th attack on the Capitol.

Those officers were suspended with pay earlier this year. Now the Capitol Police are recommending further discipline following a series of internal investigations.

Another officer is accused of failure to comply with directives.

Another officer is accused for improper remarks.

And another officer is accused of improper dissemination of information.

Capitol Police said in a statement that "the six sustained cases should not diminish the heroic efforts of the United States Capitol Police officers."

Authorities did not identify the six disciplined officers or disclose what disciplinary measures they are recommending.

The Capitol Police force has been commended for bravery in its efforts to quell the mob that stormed the Capitol on Jan. 6 in an attempt to disrupt Pres. Joe Biden's presidential election.

Still, some officers have been scrutinized for their actions that day. Some officers were recorded allowing the right-wing rioters to enter the Capitol during a congressional hearing certifying Pres. Biden's election. Some conservatives have criticized the police shooting of one unarmed rioter, Ashli Babbitt. That officer, Lt. Michael Byrd, has since been formally exonerated.

Nearly 600 people from all 50 states have been charged with federal crimes following the Jan. 6 storming of the Capitol.