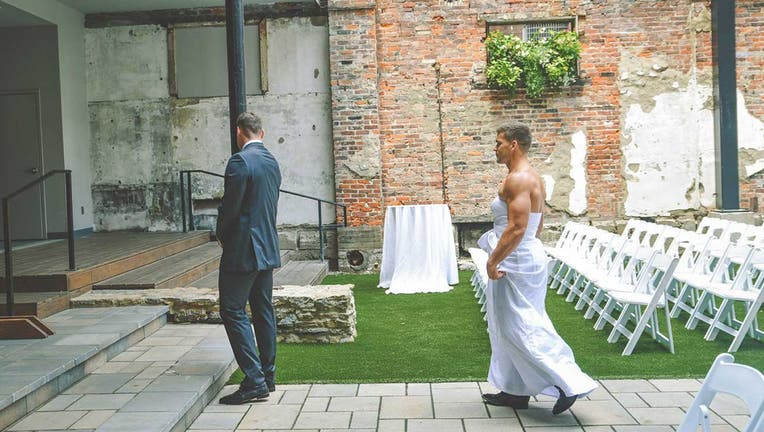 “I was building with anticipation the whole time I was outside waiting," the unsuspecting groom told Fox News.

Nothing is as pure and genuine as the look on a groom’s face after he first lays eyes on his… best buddy in a wedding dress?

A bride-to-be in Kentucky recruited her beau’s best man to help play a prank on her soon-to-be husband by having him act as a stand-in during their first look.

Luckily for her, the best man was completely game.

“When Megan asked me to do this prank on Logan there was no way I could turn it down,” Ryan Sowder told Fox News of the bride’s request ahead of her July 19 nuptials.

The prank worked like a charm, too, catching groom Logan Martin completely by surprise. 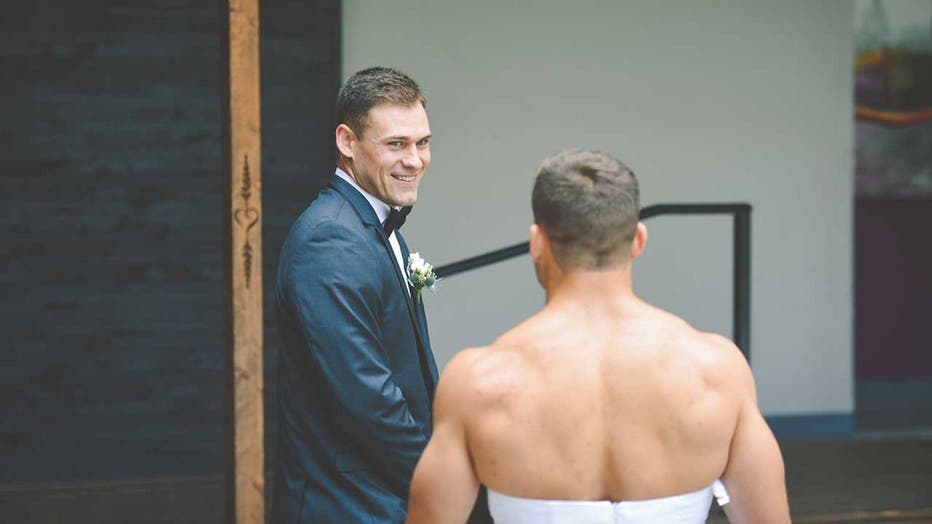 The prank was actually the bride-to-be's idea — and the best man was more than happy to help out. 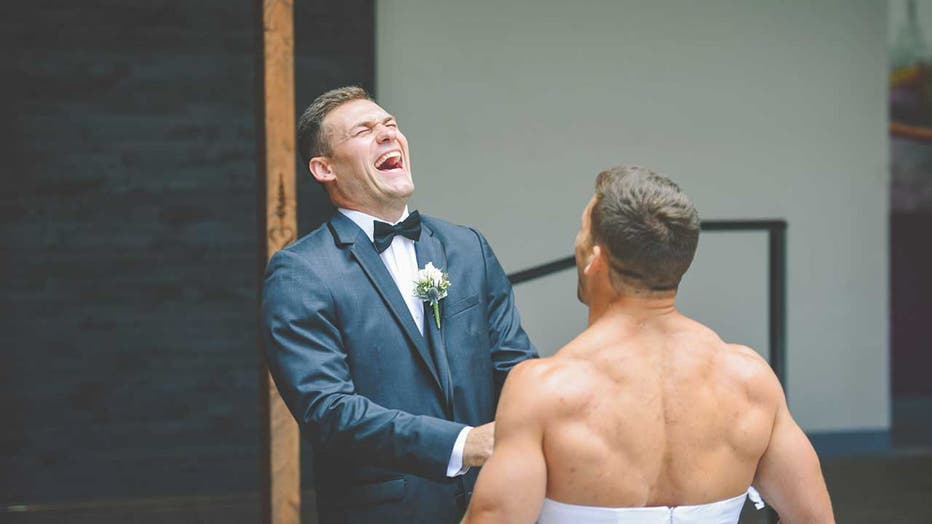 “When I turned around and saw Ryan, I couldn’t help but to double over with laughter," the groom said.

“I was building with anticipation the whole time I was outside waiting for Megan,” said Martin, who told Fox News he was waiting out there for nearly five minutes before he was allowed to finally take a peek. “When I turned around and saw Ryan, I couldn’t help but to double over with laughter. Seeing your best man in a wedding dress is not a situation you can be prepared for."

Martin claimed he was “completely shocked” — something that seems quite evident from the photos. 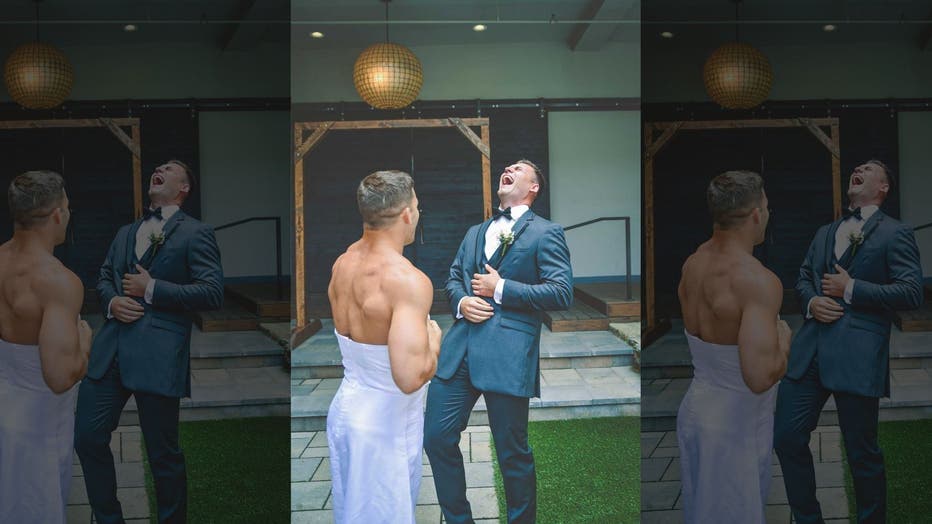 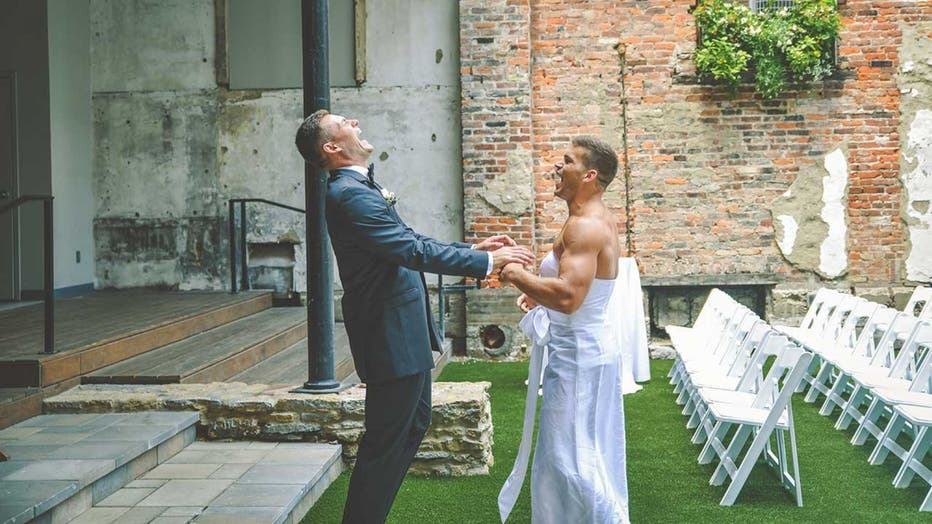 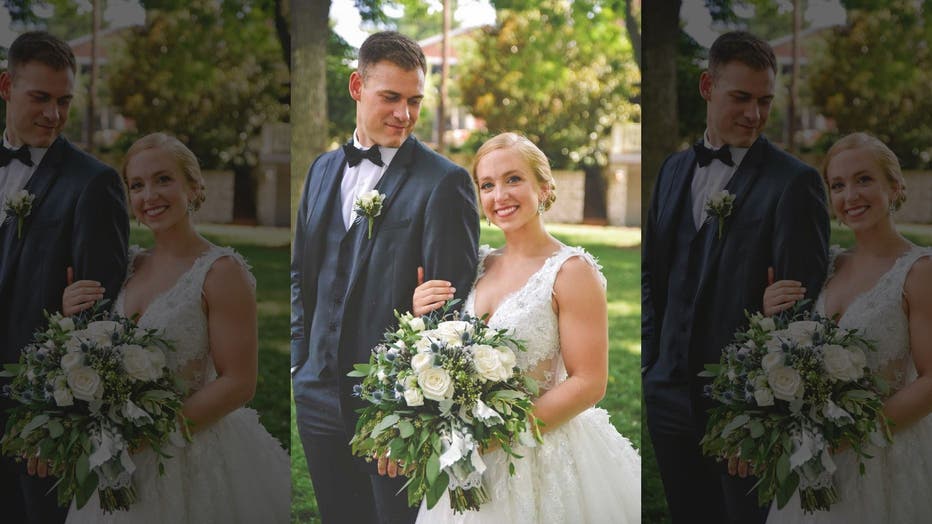 Martin did eventually get to see his actual bride in her dress, but as he joked to Fox News, Sowder may not want to ditch his gown just yet.

“All-in-all, I think he wore the dress well,” Martin quipped.