BRAZIL - NASA satellite images show the destructive wildfires raging through Brazil's Amazon rainforest, which can be seen from space.

The Moderate Resolution Imaging Spectroradiometer (MODIS) on NASA’s Aqua satellite captured images of several fires burning in the states of Rondônia, Amazonas, Pará, and Mato Grosso on August 11 and August 13, 2019. 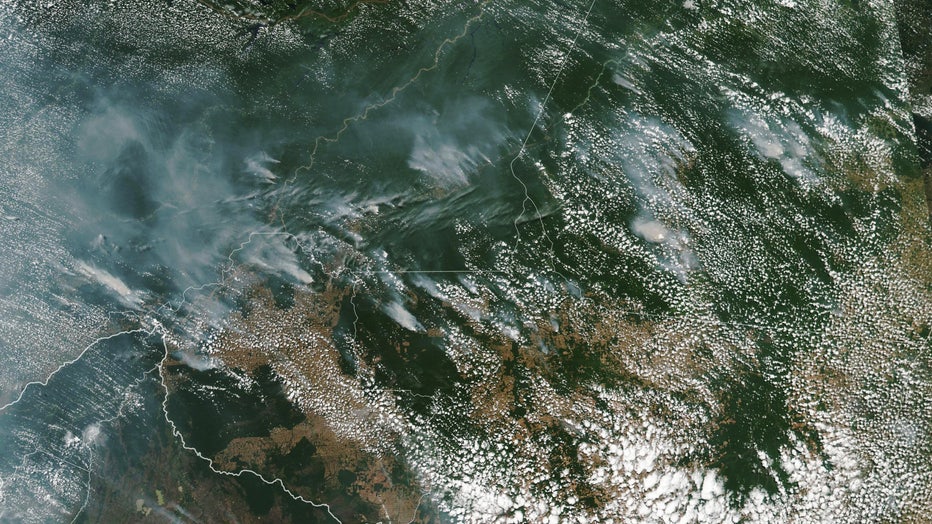 Due to the wet weather in the Amazon region, fires are rare for much of the year as the moisture prevents fires from starting and spreading. But come July and August the rainforest enters a dry season—also known as fire season. 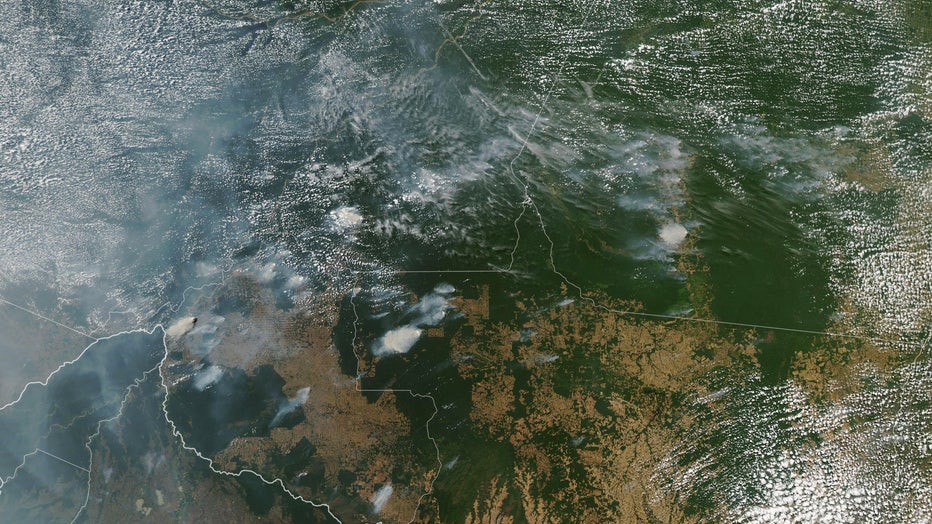 According to Reuters, the Amazon rainforest has experienced a record number of fires as of 2019, citing data by Brazil’s space research center The National Institute for Space Research (INPE). They reported satellite records detected 72,843 fires since January, which is an 83 percent increase over the same period of 2018. 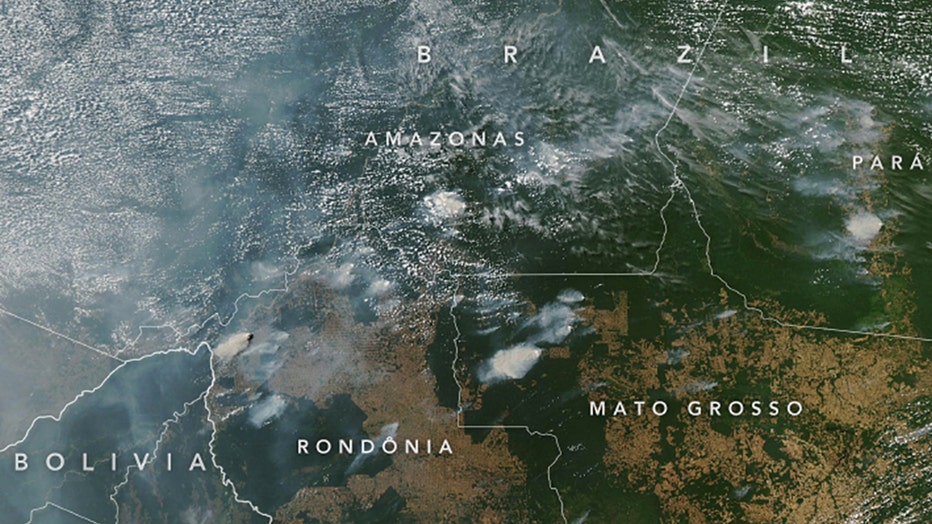 In a report from NASA, satellite observations indicated that total fire activity in the Amazon basin was slightly below average in comparison to the past 15 years. However, activity has been above average in Amazonas and to a lesser extent in Rondônia, it has been below average in Mato Grosso and Pará, according to the Global Fire Emissions Database.