Fairfax County Police believe a body found in a wooded area in Piscataway Park is Hannah Choi, a woman who went missing on March 5 and who is believed to have been killed by her ex-boyfriend.

Officers had previously searched more than 800 acres of this wooded area. 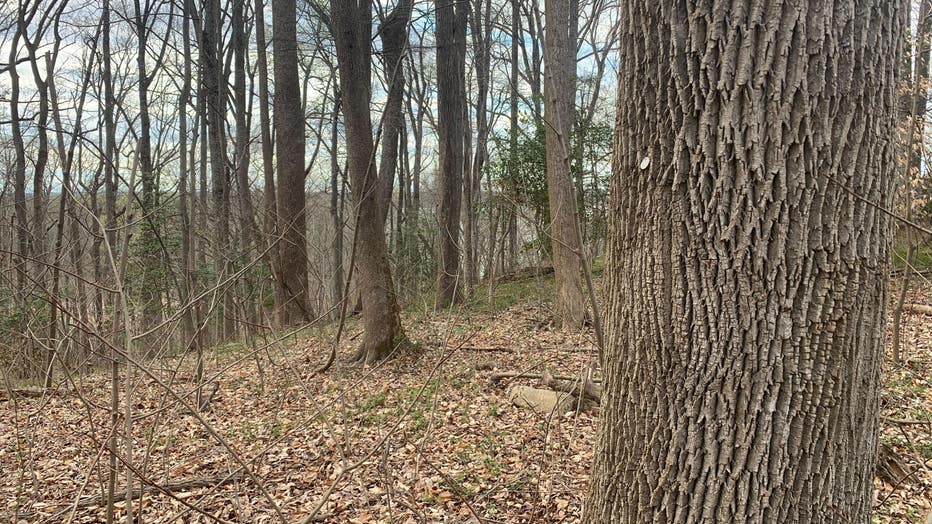 The wooded area where a passerby found a dead body officials believe is Hannah Choi's.

Police say they had planned to return to the park and expand the search Friday, prior to the discovery. Tentatively, detectives believe the body found is Choi.

Fairfax County woman missing for more than a week believed to have been killed by ex-boyfriend: police

Fairfax County police have charged a man with second-degree murder after his live-in former girlfriend has been missing for more than a week, officials announced Tuesday afternoon.

Choi, 35, was last seen on March 5 at 7 a.m. in the 5300 block of Jesmond Street in the Alexandria section of Fairfax County.

Police believe Joel Merino killed Choi inside the Alexandria home they shared and have charged him with second-degree murder and felony disposal of a body. Police served the murder warrant without the recovery of the victim, and they are actively searching for Merino.

PREVIOUS COVERAGE: Fairfax County woman missing for more than a week believed to have been killed by ex-boyfriend: police

Detectives will continually work with the Medical Examiner to confirm the identity and manner of death. Once a positive identification has been made, an investigative update will be provided.