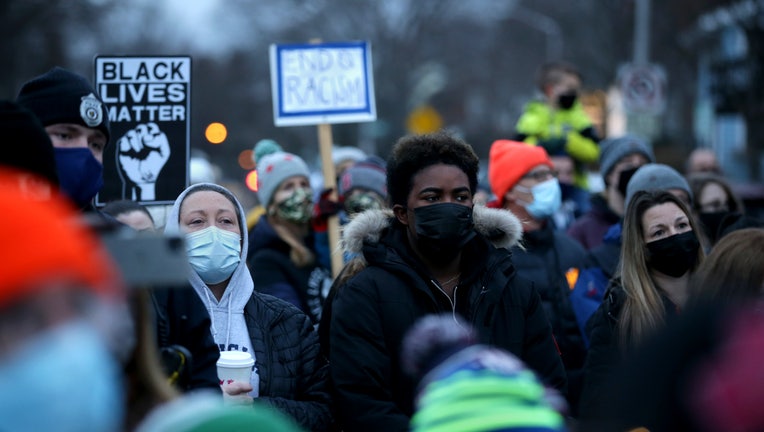 A vigil was held in Cushing Square in Belmont for alleged hate crime victim Henry Tapia, who was run over by a vehicle in a road rage incident. Some of the crowd. (Jonathan Wiggs/Globe Staff)

This year’s theme for Black History Month will focus on the "The Black Family: Representation, Identity, and Diversity."

The Association for the Study of African American Life and History, or ASALH, chose the theme because the Black family has been a target of study in various academic disciplines.

"Its representation, identity, and diversity have been reverenced, stereotyped, and vilified from the period of enslavement to our own time," ASALH said in a statement.

The ASALH said the Black family has had a profound impact and serves as the foundation for the entire race, given that many African Americans and their nuclear are spread across states, countries and the world.

"While the role of the Black family has been described by some as a microcosm of the entire race, its complexity as the ‘foundation’ of African American life and history can be seen in numerous debates over how to represent its meaning and typicality from a historical perspective—as slave or free, as patriarchal or matriarchal/matrifocal, as single-headed or dual-headed household, as extended or nuclear, as fictive kin or blood lineage, as legal or common law, and as black or interracial, etc.," the organization continued.

The story of Black History Month dates back to the founding of the Association for the Study of Negro Life and History (ASNLH) in 1915 before becoming ASALH. The organization was started by historian Carter G. Woodson and minister Jesse E. Moorland with the purpose of promoting the achievements of African Americans.

"If a race has no history, it has no worthwhile tradition, it becomes a negligible factor in the thought of the world, and it stands in danger of being exterminated," Woodson once said.

ASALH hopes to explore this year’s topic in-depth during its 106th annual conference in September.

Meanwhile, several events are planned around this year’s theme on the Black family.

ASALH will hold virtual events throughout the month of February, beginning with a public event on Feb. 1 when the organization will formally introduce this year’s theme.

All of ASALH’s Black History Month virtual festival events are free and open to the public, with the exception of its marquee event on Feb. 20. During the ticketed event, Henry Louis Gates, Jr. will share his thoughts and motivations in popularizing Black history through the heritage of African American families and communities and their search for roots.

Other events are also planned across the country throughout the month.

The City of Santa Monica in California will hold a discussion on Feb. 4. Nicholls State University in Louisiana also plans to hold theme-related events during the month including panels, seminars and performances.