A Catholic bishop in Rhode Island responded to the controversy created by a priest who said abortion is worse than pedophilia and later sought to clarify his comments.

PROVIDENCE, R.I. - A Catholic priest in Rhode Island said he would deny communion to state legislators who support abortion and then defended his stance by saying abortion is worse than pedophilia.

The controversial comments prompted the Diocese of Providence Bishop Thomas Tobin to respond after a group of state lawmakers and clergy sex abuse victims called on him to suspend the priest. 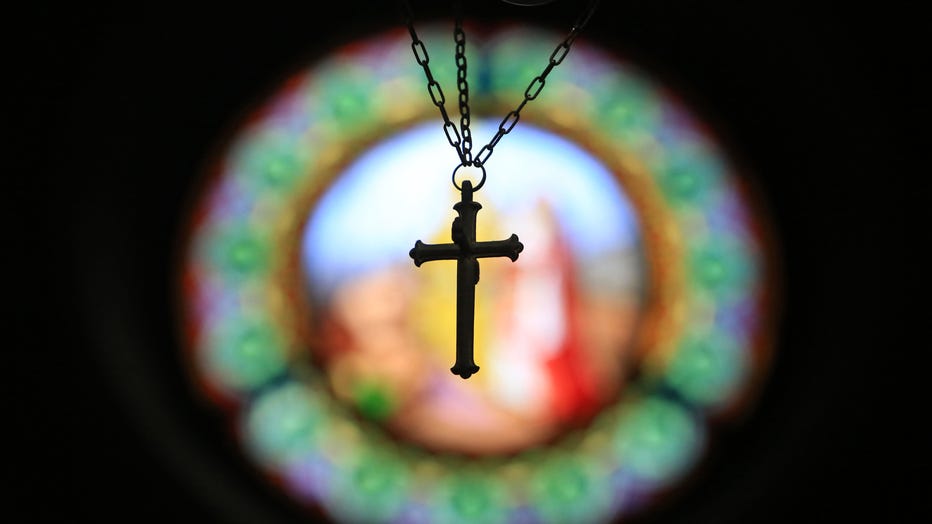 A file image shows a crucifix suspended against the light on a stained glass window. (Photo by BSIP/Universal Images Group via Getty Images)

The Rev. Richard Bucci, pastor of Sacred Heart Church in West Warwick, Rhode Island, distributed fliers in January that said that every lawmaker who voted last year to preserve the right to an abortion in state law would be denied communion, The Providence Journal reported.

He also mailed them to lawmakers’ homes.

Bucci, when questioned by WJAR-TV about the decision last week, said: "We're not making a moral comparison between pedophilia and abortion. Well, pedophilia doesn't kill anyone, and this does."

The priest later told the station his comments were taken out of context, and that he knows the toll of clergy sexual abuse because he was one of the first priests in the state to blow the whistle on an abusive priest in the 1980s, WJAR-TV reported.

Tobin said in a statement Thursday, “it is important to affirm that both the sexual abuse of minors and abortion are horrific, immoral actions that have very serious, harmful consequences.”

Tobin’s statement did not mention any disciplinary action. His office said there will be no further comment at this time.