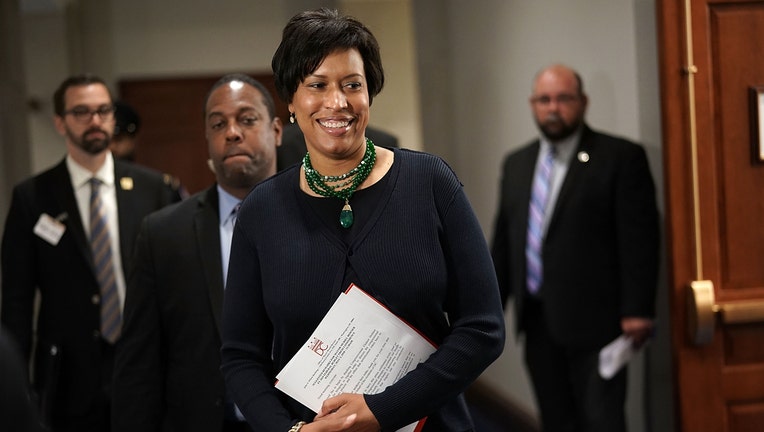 WASHINGTON - A bill set to be introduced to the city council in the nation's capital would give the mayor, council chair and city attorney general each $20,000 raises.

The bill, which was proposed Friday, would give Mayor Muriel Bowser a 10 percent pay raise, bringing her salary to $220,000 a year.

While The Washington Post reports that Mayor Bowser, Council Chairman Phil Mendelson and Attorney General Karl A. Racine are up for re-election in November without serious challengers.

The pay raises would take effect in January.

Mendelson says he's leading the pay raise effort because the mayor's salary of $200,000 has stayed the same since 2007.

The council chair and attorney general salaries are legally set $10,000 below the mayor's salary, and the other 12 council members get automatic pay raises.

The Washington Post reports that if passed, the legislation would make the mayor of D.C. the fifth-highest paid -- she would earn more than the chief executives of bigger cities, including Chicago, Philadelphia and Phoenix.

The highest paid mayor in the country is currently the Mayor of San Francisco, who makes just under $301,000 a year.

DCist reports Bowser would still be making less than dozens of city employees, including the chancellor of D.C. Public Schools, the chief of the Metropolitan Police Department, and City Administrator Rashad Young.

Phil Mendelson, according to DCist, said the bill would have to go through the regular legislative process. A public hearing is reportedly expected in November.