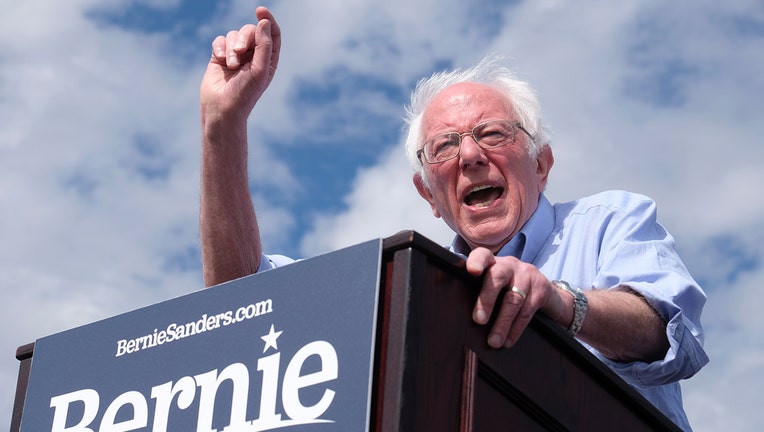 WASHINGTON - The Democratic presidential campaign of Sen. Bernie Sanders said Wednesday the Vermont senator will spend the next several weeks assessing the future of his campaign after a string of losses to former Vice President Joe Biden.

“The next primary contest is at least three weeks away. Sen. Sanders is going to be having conversations with supporters to assess his campaign,” Sanders campaign manager Faiz Shakir said in a statement Wednesday morning.

“In the immediate term, however, he is focused on the government response to the coronavirus outbreak and ensuring that we take care of working people and the most vulnerable,” Shakir added.

Shakir’s comments came the morning after the populist senator from Vermont was swept in Tuesday’s three Democratic presidential nomination primaries by Biden.

The former vice president’s landslide victory in Florida, his crushing defeat of Sanders in Illinois, and his win in Arizona cemented his status as the presumptive Democratic nominee and all but closed the senator’s extremely narrow path for any potential comeback to win the nomination.

On Tuesday, for a second straight week, Sanders didn’t deliver a primary night speech. Instead, earlier in the evening, the senator delivered an address on the nation’s response coronavirus outbreak. His plan – which he acknowledges comes with a $2 trillion price tag – called for $2,000 per month checks to help families dealing with the burgeoning economic downturn caused by the coronavirus.

Sanders made no mention during those comments of Tuesday’s contests, which may be the last to be held in the Democratic race for quite some time. As most Americans self-isolate at home as the coronavirus pandemic sweeps the nation, states with upcoming primaries and caucuses are quickly postponing their nominating contests.

Now, as calls for him to suspend his campaign and back Biden are likely to grow as the math doesn’t add up anymore for the senator, Sanders will need to make a decision on what’s best not just for his campaign but to make sure that his political revolution continues the progressive fight.

And that’s a decision he’ll likely make with major input from his wife Jane – who’s also a senior adviser on the campaign.