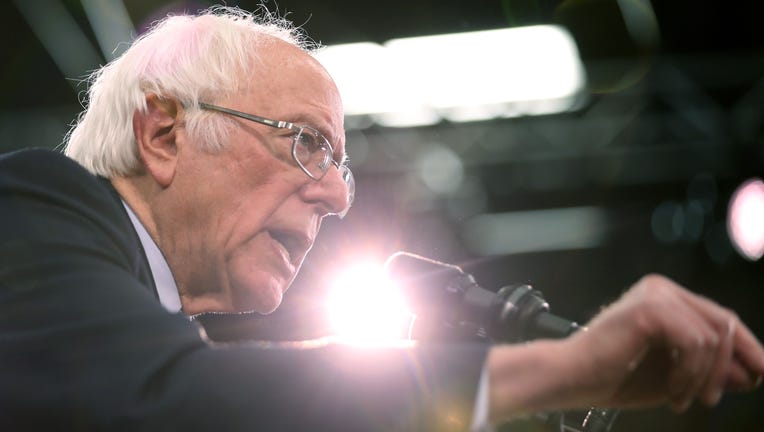 Sen. Bernie Sanders, I-Vt., disavowed alleged Russian efforts to help his campaign Friday after The Washington Post reported that U.S. officials have determined Moscow is attempting to interfere in the Democratic primary race on his behalf.

“I don't care, frankly, who [Russian President Vladimir] Putin wants to be president,” Sanders said in a statement. “My message to Putin is clear: stay out of American elections, and as president I will make sure that you do.”

According to the Post, officials have told the Sanders campaign that Russia is working to boost the socialist as part of an effort to meddle in the Democratic presidential primary. The story, citing people familiar with the matter, said President Trump and lawmakers on Capitol Hill have also been informed of the Russian attempts.

“In 2016, Russia used Internet propaganda to sow division in our country, and my understanding is that they are doing it again in 2020,” Sanders said Friday. “Some of the ugly stuff on the Internet attributed to our campaign may well not be coming from real supporters.”

Ahead of a rally Friday in California, Sanders was questioned by reporters about the news, saying in a video posted on Twitter by a CNN reporter he was briefed on the Russian interference attempts “about a month ago.”

Asked why the news of the briefing is only coming out now, Sanders replied: “I’ll let you guess,” adding that it’s “one day before the Nevada caucus.”

“Why do you think it came out? It was the Washington Post,” said Sanders, who has sharply criticized the paper’s owner, Jeff Bezos. “Good friends.”

Meanwhile, Mike Bloomberg's campaign for president had some fun at the expense of Sanders tweeting a message in Russian, which roughly translates to "feel the burn."

Late Thursday, The New York Times reported that intelligence officials told lawmakers in a classified briefing last week that Russia is meddling with the hope of getting President Trump reelected. But Trump has pushed back against the reports, claiming Democrats were pushing a “misinformation campaign” in the hope of politically damaging him.

On Friday, Trump's campaign spokesman, Tim Murtaugh, tweeted: "We condemn and reject foreign interference in American elections in any form."

Sanders, though, accused the Trump administration of not standing against Russia's efforts.

“Unlike Donald Trump, I do not consider Vladimir Putin a good friend,” Sanders said. “He is an autocratic thug who is attempting to destroy democracy and crush dissent in Russia.”

“Let’s be clear," Sanders added, "the Russians want to undermine American democracy by dividing us up and, unlike the current president, I stand firmly against their efforts and any other foreign power that wants to interfere in our election.”

Kremlin spokesman Dmitry Peskov said Friday that the newest allegations are “paranoid reports that, unfortunately, there will be more and more of as we get closer to the elections [in the U.S.]. Of course, they have nothing to do with the truth.”

Fox News’ Andrew Craft, Joseph A. Wulfsohn and The Associated Press contributed to this report.