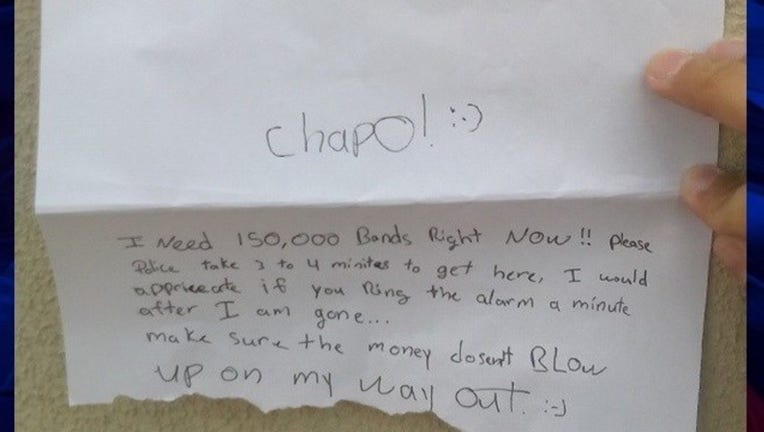 VIRGINIA BEACH, Va. (AP) -- A man accused of robbing a Virginia Beach bank posted two videos and a photo of the incident to his Instagram account.

Police tell WAVY-TV (http://bit.ly/1EQDCNB) 23-year-old Dominyk Antonio Alfonseca walked into a TowneBank on Monday and handed the teller a note asking for $150,000 in bonds. Before he left, he recorded the incident on his cellphone and posted the videos and photo of the note online. The videos show the teller putting stacks of cash in a bag.

Officers picked up Alfonseca 20 minutes after he left the bank carrying a gym bag full of money.

In a jailhouse interview, Alfonseca told the station Wednesday that asking for money isn't a crime. Alfonseca believes he'll be found innocent in court.

It is unclear if he has a lawyer.