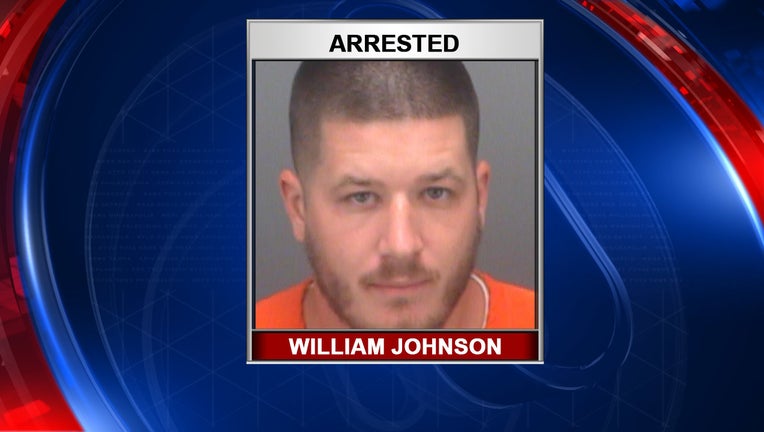 PINELLAS PARK (FOX 13) - A robber Googled "how to rob a bank," before committing the crime, deputies said.

Pinellas County deputies arrested William Johnson, 26, of Pinellas Park. According to detectives, he robbed the Achieva Credit Union at 10125 Ulmerton Road in Largo on the morning of October 5.

When inside the bank, they said he approached the bank teller, implied he had a gun and fled with an undisclosed amount of cash. He was found at the Express Inn located at 11333 U.S. Highway 19 North in Pinellas Park, where he was staying as a guest.

Detectives said he admitted to the bank robbery. Johnson told them he needed money and, as a result, he Googled how to rob a bank. He also said he originally planned to rob the Wells Fargo Bank at 10500 Ulmerton Road but when he entered, he changed his mind after seeing the teller was a large male.

According to the Pinellas County Sheriff's Office, Johnson said he spent the stolen money on rent, utilities and drugs, and he planned to rob another bank on Tuesday.

Johnson was arrested and charged with robbery.