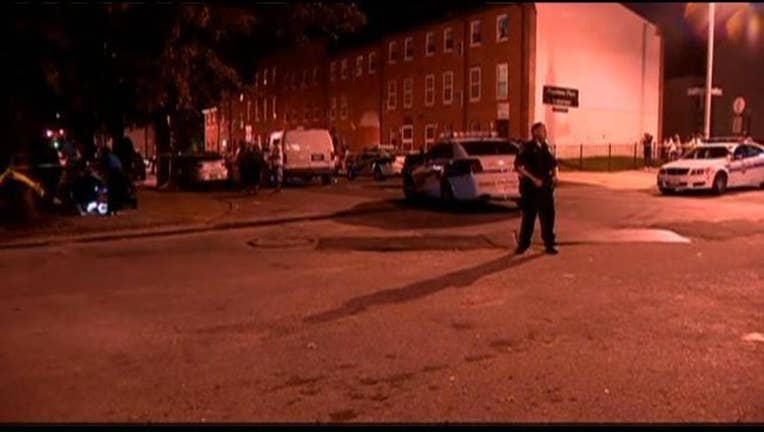 Detective Rashawn K. Strong said in a statement early Wednesday that officers responded around 10:30 p.m. Tuesday to a reported shooting a few blocks from UMB.

Strong says officers found a woman and two men with gunshot wounds. One man and the woman were taken to a hospital, where they died. The second man was pronounced dead at the scene.

A fourth victim walked into a hospital with a gunshot wound. Strong says the woman is listed in stable condition.

A statement on the school's website says campus police reported that two gunmen, each in a van, pulled over near a group of people, got out and began firing, striking the four individuals.

Students were advised to use caution in the area.