BAKERSFIELD, Calif. - A video has emerged of two suspected arsonists in California setting themselves on fire during an attack on a business, with one heard yelling "Ahhh!" while trying to escape the scene.

Footage taken from a Ring security camera begins with two unidentified masked individuals approaching the business and dousing it with gasoline.

One of the individuals then leans over to ignite the gasoline, but once doing so, the sudden and rapid inferno appears to catch both by surprise. 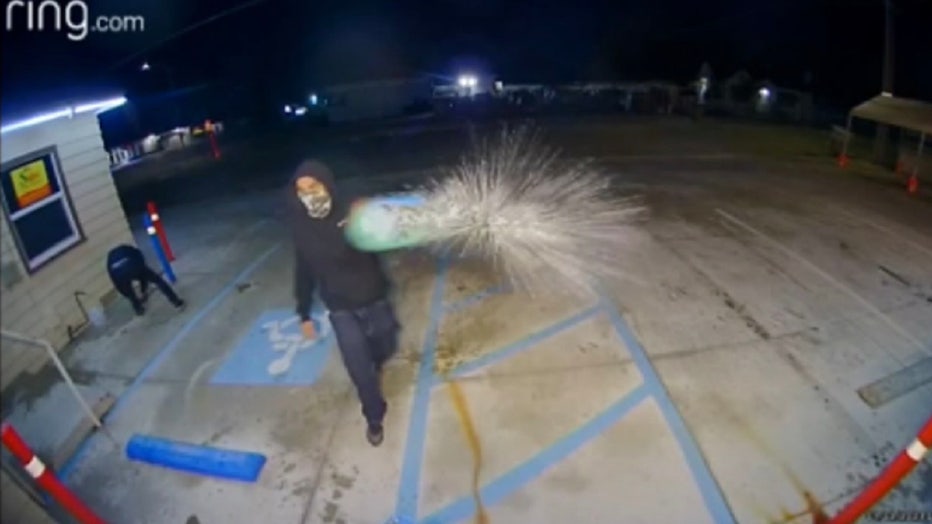 The suspected arsonist who started the blaze is then seen running away with flames trailing up their leg, while the other repeatedly slips trying to flee the fire.

"Ahhh!" one of the individuals is heard screaming before running off into the night with what appears to be their lower back and buttocks on fire.

The flames were put out about 10 minutes after first responders arrived, according to 23ABC. 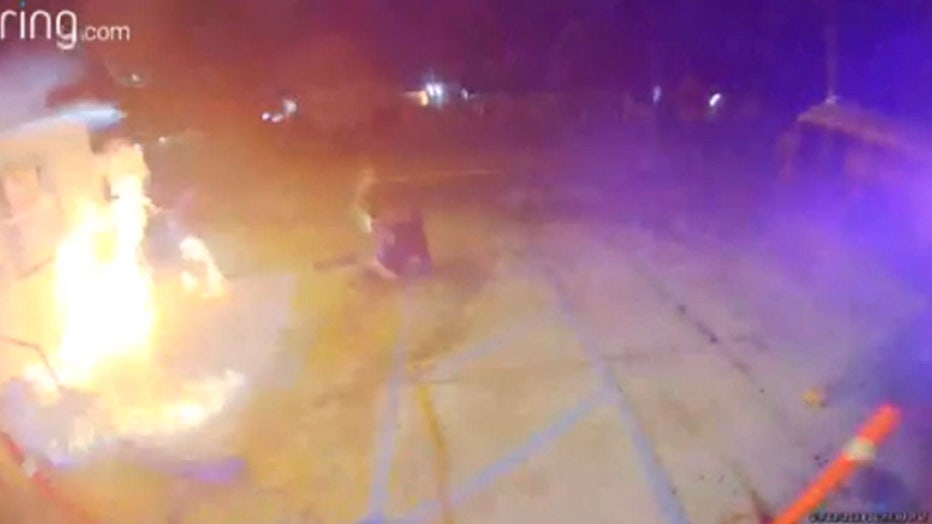 The rapid ignition of the gasoline appears to catch both individuals off guard, sending them falling to the ground. (Courtesy Yesenia Solorzano)

The business owner, Max Solorzano, told the station that the city of Bakersfield needs to do more to keep locals protected.

"They have to work harder in that aspect, in keeping the community safe," he said. "We are a small business and we help many people, so there will be people who will not be able to receive our services due to inactivity. 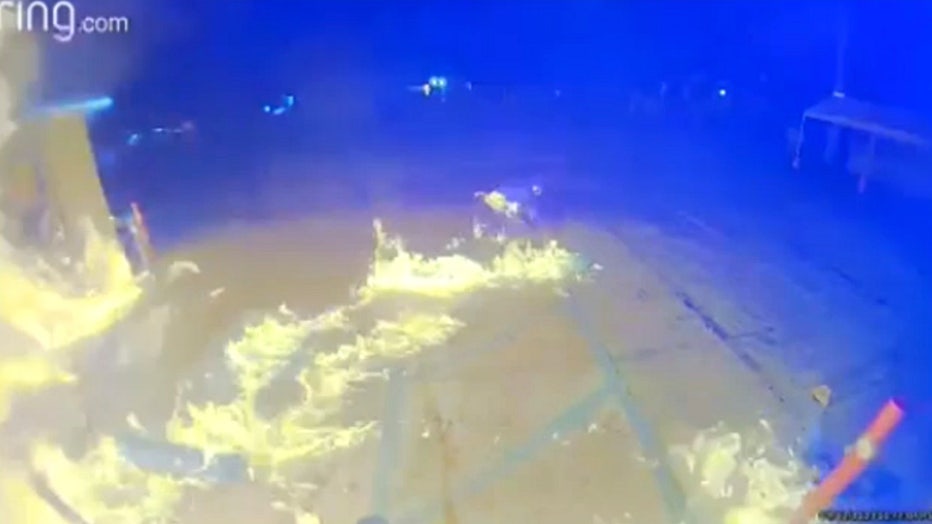 (One of the individuals, seen hunched over in the center of this still frame from a video, appears to have lit their lower back and buttocks on fire. (Courtesy Yesenia Solorzano))

"That is what most saddens me," he continued. "We help many farmworker families with their immigration processes, we help people do taxes. We ask our clients to have patience with us, we will get through this."

The motive for the attack is unclear and as of Wednesday, the suspects have not been captured.

Get more at FOXNews.com.