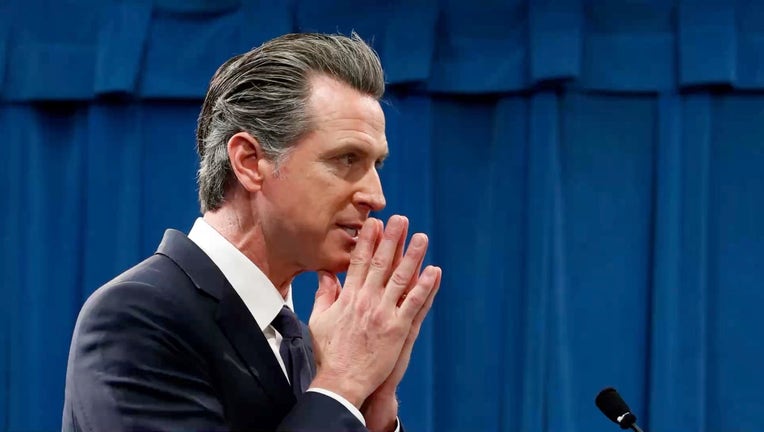 SACRAMENTO, Calif. - Gov. Gavin Newsom acknowledged breaking the same guidelines he’s been preaching to Californians to slow the spread of the coronavirus.

During his regular briefing on Monday, Newsom said he made a mistake when he attended a birthday dinner in Napa that didn’t follow state guidelines. He and his wife, Jennifer Siebel Newsom, joined at least 12 people at the high-end French Laundry on November 6 to celebrate the 50th birthday of Jason Kinney, a lobbyist and longtime friend of the governor.

“As soon as I sat down, I realized it was a little larger group than I had anticipated,” Newsom said. “I made a bad mistake. Instead of sitting down, I should have stood up.”

Coronavirus cases have been climbing around the nation and California has been urging residents to do everything they can to avoid large crowds and parties. Newsom said the spirit of the restrictions he’s been preaching was contradicted when he chose to celebrate his friend’s birthday.

“I gotta own that. I want to apologize to you,” the Golden State governor said. “I need to preach and practice, not just preach. I’ve done my best to do that. We’re all human. We all fall short sometimes.”

California was the first state to issue stay at home orders back in March when the virus was making its initial spread through the country. Newsom said that since February he’s only dined out three times, twice with his wife outdoors and the third being the Napa birthday outing.

During the question and answer portion of his briefing, Newsom was asked if he’s worried people won't take his warnings as seriously now and instead see him as less of a moral authority.

“Yeah, I am. That’s why you have to own it and you have to be forthright. I’ve been doing my best every single day, trying to model better behavior. I made one mistake. I should have gotten up.”

On Monday, Newsom put on the “emergency brake” and ordered most counties to move back in the state’s four-tier system. He said the number of coronavirus cases in California has doubled in the last 10 days, marking the “fastest increase yet.”

This story was reported from Oakland.