Australian wildfires: Here’s how to help those in need as flames engulf wildlife, homes

As the wildfires rage on in Australia, possibly killing an estimated half-billion animals and leaving 25 people dead, there are ways to help those in need.

BALMORAL, Australia - As the wildfires rage on in Australia, possibly killing an estimated half-billion animals and leaving 25 people dead, there are ways to help those in need.

The deadly wildfires have already scorched about 5 million hectares (12.35 million acres) of land, an area twice the size of the U.S. state of Maryland, destroying 2,000 homes.

The early and devastating start to Australia’s summer wildfires has been catastrophic for the country's wildlife, likely killing nearly 500 million birds, reptiles and mammals in New South Wales alone, Sydney University ecologist Chris Dickman told the Sydney Morning Herald. Frogs, bats and insects are excluded from his estimate, making the likely toll on animals much greater.

The fires, fueled by drought and the country’s hottest and driest year on record, have been raging since September, months earlier than is typical for Australia’s annual wildfire season.

The mid-northern coast of New South Wales was home to up to 28,000 koalas before the blazes began scorching the region. Koalas are considered vulnerable to extinction, which is just a step above endangered, National Geographic reported.

Sussan Ley, Australia’s environment minister, told the Australian Broadcasting Corporation on Saturday that “up to 30 percent of their habitat has been destroyed.”

Many organizations have stepped in to assist in the dire fight against the advancing flames. The list below includes many of the groups to which you can donate: 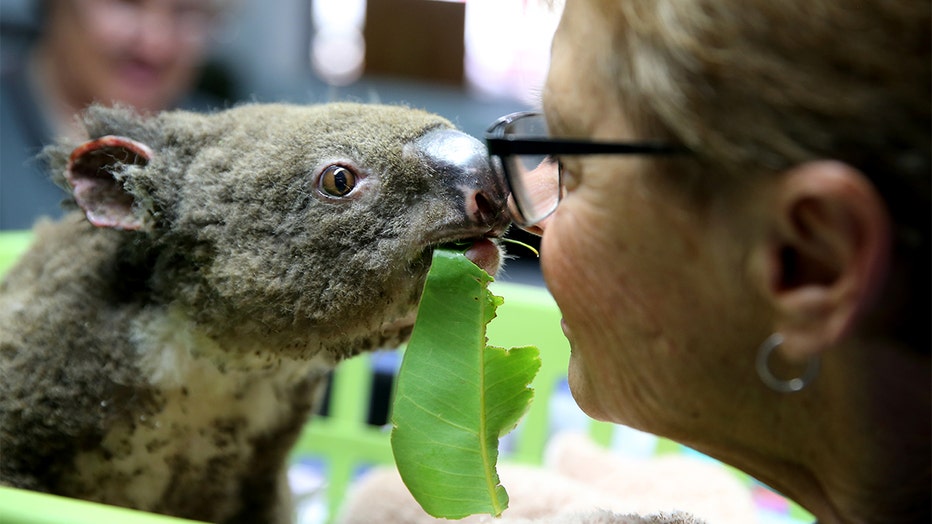 How to help wildlife

The Koala Hospital consists of a treatment room, 8 Intensive Care Units, 6 outdoor intensive care units and 33 rehabilitation yards, many of which have trees for koalas to learn to climb as part of the rehabilitation process, according to the website. The hospital has also set up a GoFundMe called, “Help Thirsty Koalas Devastated by Recent Fires,” which raised more than $5.5 million out of its $25,000 goal. The public can also adopt a koala through the hospital here.

“With fires ravaging the state, animals are at their most vulnerable. Please donate to our bushfire appeal to help protect them,” the RSPCA New South Wales said on its website.

The foundation said the public’s support enables them to update their Koala Habitat Atlas so that they can ensure all Koala habitat is protected. AKF said it “will get a Koala Protection Act and it will change environment law forever.”

The WWF gives the public an opportunity to adopt animals, including koalas. “Nationally, we've already lost 95% of our koalas. We must act to protect them now, or they could disappear in a matter of decades,” the Fund said.

WIRES is a wildlife charity that relies on community support to operate their rescue and care services for wildlife 365 days a year.

The Kangaroo Island Wildlife Park, one of Kangaroo Island’s best attractions, is home to over 150 species of Native Australian wildfire and over 600 animals. The park has created a GoFundMe called “Help save Kangaroo Islands Koalas and wildlife,” that has raised more than a million dollars from their $15,000 goal.

The collective, dedicated to fire and emergency support, is a joint project of many rescue groups around Australia. “The goal of this page is to work with community, rescue organisations and many others to grow a well supplied and supported national rescue network,” the collective said.

How to help in disaster relief, those battling fire

The New South Wales Rural Fire Service is taking donations to aid in their battle against the blaze.

You can choose to donate to a specific CFA brigade through the Brigade Donations Fund or make a general donation through the CFA Public Fund.

Donations to the Australian Red Cross will aid in disaster relief and recovery, which includes supporting victims at evacuation centers, emergency assistance and psychological first aid to reduce trauma.

The organization is taking donations to aid victims in their recovery from the wildfires.

The GIVIT charitable organization created donation campaigns to support wildfire victims in Queensland (QLD), Victoria (VIC) and NSW. GIVIT is accepting items in critical need as well as monetary donations that will be used to purchase essential items, according to its website.

You can donate to the South Australian County Fire Service through the CFS Foundation.

The Government of Western Australia’s Department of Fire & Emergency Services listed a number of ways that people can support communities and individuals impacted by natural disasters, as well as emergency service volunteers.

Funds donated to the society’s Vinnies Bushfire Appeal will be directed to the disaster relief in ACT (Australian Capital Territory), NSW, QLD, SA and VIC.

Foundation for Rural and Regional Renewal

The FRRR’s Disaster Resilience and Recovery Fund is accepting donations to support the communities affected by the bushfire.

"Grants from the Fund will be able to support community leaders to implement what they need in their community. It could be support for fatigued volunteer leaders, repairing vital community infrastructure or ensuring psychological support is available when it is most needed," the foundation said on its website.

Australians who need mental health services can look to the online Lifeline chat or call 13 11 14. Beyond Blue provides a similar online chat service and people can also dial 1300 22 4636.

The Associated Press and FOXNews.com contributed to this report. This story was reported from Los Angeles.