The outfielder was arrested more than a year after he was arrested in a domestic violence incident in Sandy Springs.

GWINNETT COUNTY, Ga. - Atlanta Braves outfielder Marcell Ozuna was arrested for Driving Under the Influence and a traffic charge, according to Gwinnett County Jail records.

Ozuna was arrested by police in Norcross, booked and released on Friday, according to the jail.

According to the police report obtained by FOX 5, an officer initially pulled Ozuna over after clocking his Mercedes-Benz SUV going 90 mph in a 35 mph zone along Beaver Ruin Road and failing to stay in one lane. He reportedly was headed to the Miami Lounge. After being pulled over, Ozuna immediately told the officer, "sorry, sorry, I'm Ozuna from the Braves."  The report stated he admitted to drinking "three or four 'Presidente' beers" before the traffic stop. Ozuna also refused a breathalyzer test after being administered two field sobriety tests by the officer that indicated clues of impairment, according to the report. The Braves outfielder was put in handcuffs and taken to the Gwinnett County Jail, where Ozuna reportedly refused a test of his blood. Under Implied Consent, the officer requested a blood draw, but the report stated that there was no one available to draw blood.

Ozuna's booking sheet also showed he was cited for failure to maintain lane. 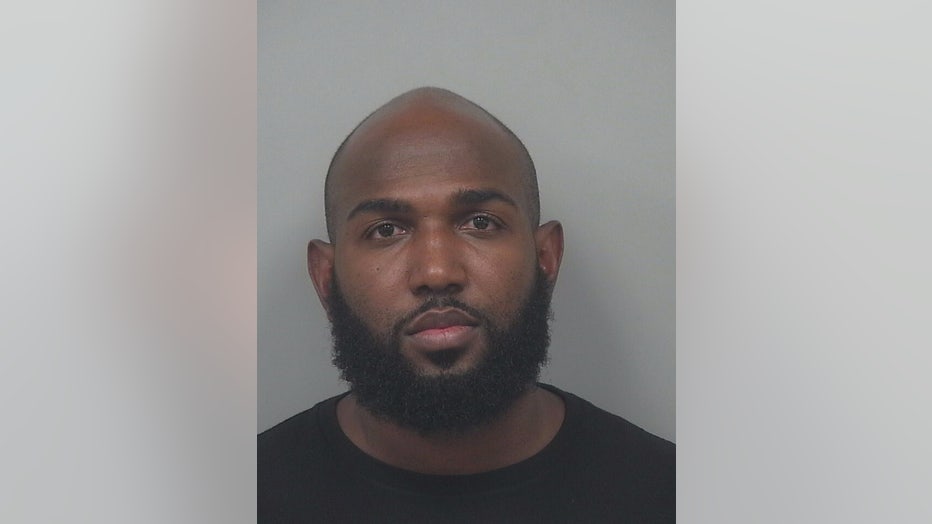 The Atlanta Braves issued a response to the arrest, but did not address whether Ozuna would put on a Braves uniform again.

"The Atlanta Braves are aware of Marcell Ozuna’s arrest this morning and are still gathering all the facts pertaining to the incident. Our organization takes these matters very seriously and are obviously disappointed by the situation. As this is a legal matter, we will have no further comment until the process is complete. "

Speaking to members of the press in the Braves clubhouse on Friday afternoon, Ozuna addressed his arrest.

This is not Ozuna's first run-in with police in metro Atlanta. Ozuna was charged with battery for an incident in 2021 involving his wife.

Ozuna was originally charged with felony aggravated assault by strangulation. Charges were later reduced to battery and simple assault, both misdemeanors.

In 2021, the Sandy Springs Police Department said officers entered a home where the front door was open and heard screaming from inside. Officers said they saw Ozuna grab his wife by the neck and throw her against a wall, in addition to striking her with a cast on his injured left hand.

Major League Baseball suspended Ozuna retroactively for 20 games after the 2021 season, making him free to return in 2022.

Before Ozuna's legal trouble and on-field struggles, the Braves signed Ozuna to a $65 million, four-year contract.