Criminals are taking advantage of one of the hottest gifts this Christmas:&nbsp;the PlayStation 5.

WASHINGTON (FOX 5 DC) - Criminals are taking advantage of one of the hottest gifts this Christmas: the PlayStation 5.

FOX 5 has learned of five separate armed robberies in the D.C. region involving people buying or selling a PS5, including one that D.C. police released surveillance video of Monday evening.

All of the cases, four in D.C. and one in Montgomery County, involve ads on the site OfferUp and highlight why people should only do these exchanges at police stations.

On Nov. 18, a Montgomery County man was carjacked after he drove to D.C. with his cousin and girlfriend to meet a “seller” who placed an ad.

The man didn’t want to be identified but described what happened at the meeting place on Naylor Rd. Southeast.

“Me and my cousin got out of the car and then they pulled out the guns on us and tell us to not play around with them, give them our phones, the money,” he said.

His girlfriend was still in the car.

The three guys stole his car, their cell phones, and a wallet. He said they tried to force him to pay them via Cash App, but it wouldn’t go through.

On Nov. 17, police say it happened to another man in D.C. who was forced at gunpoint to pay the suspects $700 via a cash app. On Nov. 16, two young women were forced to hand over $650 in cash to two suspects. According to a police report, a suspect threatened to shoot them in the head.

Police said it happened again Dec. 4 in the 2500 block of Sayles Pl., Southeast when a man responded to a PS5 OfferUp ad and was held at gunpoint. The suspects, caught on surveillance video, ran off without stealing from the victim after a neighbor intervened, according to a police report.

D.C. Police say no arrests have been made in the four cases. 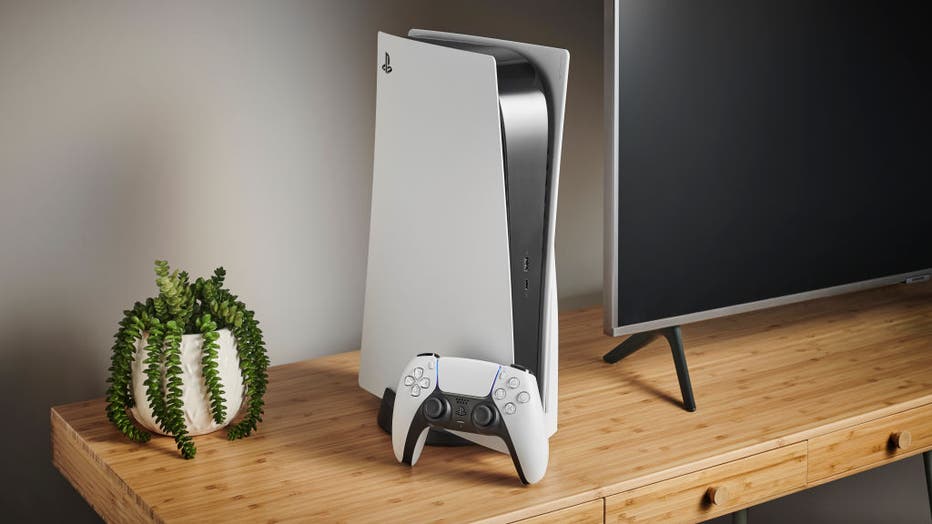 Living room with a Sony PlayStation 5 home video game console and DualSense controller alongside a television, taken on November 3, 2020. (Photo by Phil Barker/Future Publishing via Getty Images via Getty Images)

Montgomery County Police announced Monday an arrest had been made after they say Croix Jackson, 19, robbed a man selling a PS5 on OfferUp. Police say the men met at a parking lot in Wheaton on Dec. 2 and then Jackson pulled a gun and took off with the Playstation the victim was selling. Jackson was arrested a short time later.

The Montgomery Co. Police Department, like most departments in the D.C. region, have designated Safe Exchange zones for online transactions.

“If someone’s not willing to meet you in a public police parking lot or inside of a police station, you should wonder why they’re not willing to do that if both of you are willing to partake in a legitimate transaction,” said Sgt. Rebecca Innocenti.

The man who was carjacked in D.C. said he suggested meeting at a police station, but the “seller” said he could only meet at a specific address. He said he wishes he saw the red flag at the time but wants to warn others after what he calls one of the scariest things that’s happened to him.