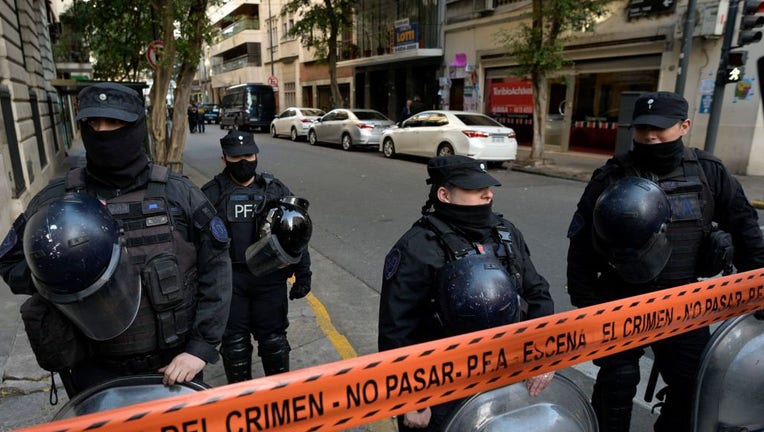 The man was quickly overpowered by her security officers in the incident Thursday night, officials said.

President Alberto Fernández, who is not related to the vice president, a former president herself, said the pistol did not discharge when the man tried to fire it.

"A man pointed a firearm at her head and pulled the trigger," the president said in a national broadcast following the incident. He said the firearm was loaded with five bullets but "didn’t fire even though the trigger was pulled."

The vice president did not appear to have suffered any injury, and the man was overpowered within seconds as he stood among a crowd of her supporters. 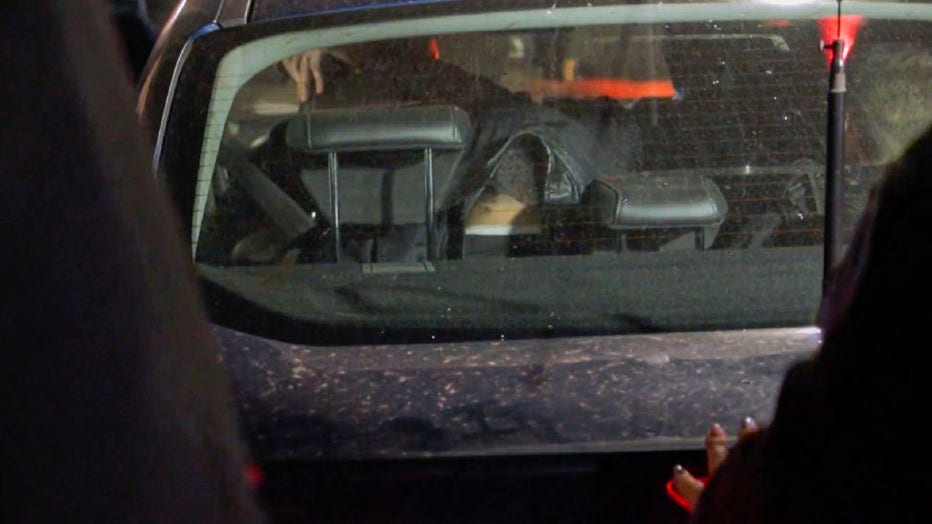 A video grab taken from footage of AFP TV on September 1, 2022, shows a man who attempted to shoot Argentina Vice-President Cristina Fernandez de Kirchner being held in a police vehicle outside her residence in Buenos Aires. (ELENA BOFFETTA/AFPTV/AFP

Gina De Bai, a witness who was near the vice president during the incident, told The Associated Press she heard "the sound of the trigger being pulled." She said she didn’t realize it was a handgun until the man was rushed by security personnel.

President Fernández called it "the most serious incident since we recovered democracy" in 1983 after a military dictatorship and urged political leaders, and society at large, to repudiate the attempted shooting.

The attack came as the vice president is facing a trial for alleged acts of corruption during her 2007-2015 presidency — charges that she vehemently denies and that have led her supporters to surround her home in the upscale Recoleta neighborhood of Argentina’s capital.

Video broadcast on local television channels showed Fernández exiting her vehicle surrounded by supporters when a man is seen extending his hand with what looks like a pistol. The vice president ducks as people around the apparent gunman appear shocked at what is happening. 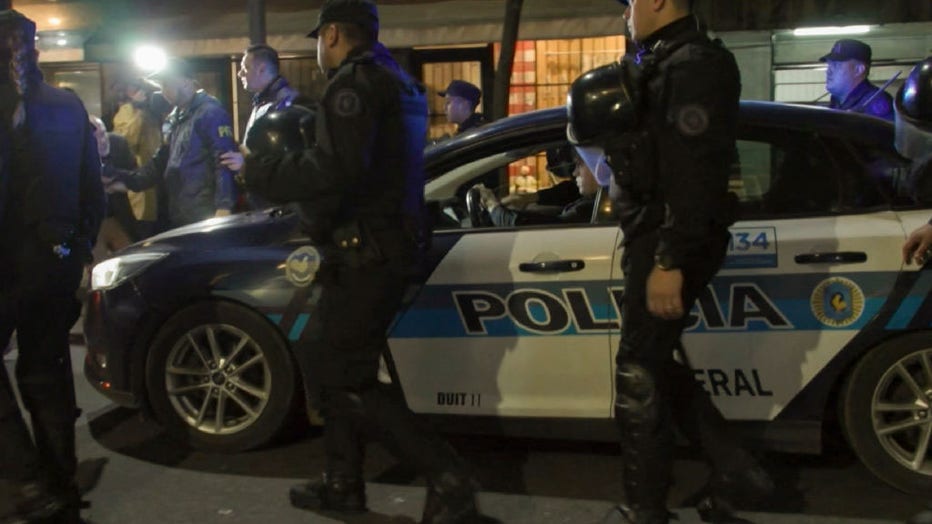 A video grab taken from footage of AFP TV on September 1, 2022, shows police officers escorting a police vehicle where a man who attempted to shoot Argentina Vice-President Cristina Fernandez de Kirchner is being held outside her residence in Buenos

The alleged gunman was identified as Fernando André Sabag Montiel, a Brazilian citizen, said an official at the Security Ministry, who spoke on condition of anonymity. He does not have a criminal record, the official said. ading that the weapon was a .32-caliber Bersa.

The president declared Friday a holiday "so the Argentine people can, in peace and harmony, express itself in defense of life, democracy and in solidarity with our vice president."

Supporters of the vice president have been gathering in the streets surrounding her home since last week, when a prosecutor called for a 12-year sentence for Fernández as well as a life-long prohibition in holding public office in the corruption case.

Shortly after the incident, government officials were quick to decry what they called an assassination attempt.

"When hate and violence are imposed over the debate of ideas, societies are destroyed and generate situations like the one seen today: an assassination attempt," Economy Minister Sergio Massa said.

Cabinet ministers issued a news release saying they "energetically condemn the attempted homicide" of the vice president. "What happened tonight is of extreme gravity and threatens democracy, institutions and the rule of law."

Former President Mauricio Macri, a conservative who succeeded the left-of-center Fernández in the presidency, also condemned the attack. "This very serious event demands an immediate and profound clarification by the judiciary and security forces," Macri wrote on Twitter.

Patricia Bullrich, president of the opposition Republican Proposal party, criticized President Fernández's reaction to the attack, accusing him of "playing with fire." She said that "instead of seriously investigating a serious incident, he accuses the opposition and the press, decreeing a national holiday to mobilize activists."

Tensions have been running high in the Recoleta neighborhood since the weekend, when the vice president’s supporters clashed with police in the streets surrounding her apartment amid an effort by law enforcement officers to clear the area.

Following the clashes, what had been a strong police presence around the vice president’s apartment was reduced.
When Fernández leaves her apartment every day at around noon, she greets supporters and signs autographs before getting in her vehicle to go to the Senate. She repeats the same routine every evening.

Following the incident, allies of the vice president quickly pointed the finger at the opposition for what they said is hateful speech that promotes violence. In recent days, several key officials have said opposition leaders were looking for a fatality.

"This is a historic event in Argentina that must be a before-and-after," Buenos Aires Gov. Axel Kicillof said.
Regional leaders also condemned the attack.

"We send our solidarity to the vice president in this attempt against her life," Venezuelan President Nicolás Maduro said on Twitter.

Former Brazilian President Luiz Inácio Lula Da Silva, who is a candidate in that nation’s presidential election next month, also expressed solidarity with Fernández, calling her a "victim of a fascist criminal who doesn’t know how to respect differences and diversity."