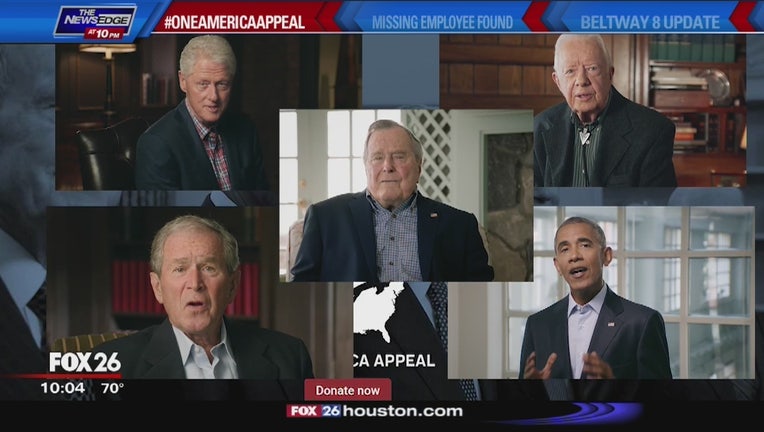 Barack Obama, George W. Bush, George H.W Bush, Bill Clinton and Jimmy Carter called on Americans to donate to the appeal that has raised $31 million so far. They avoided politics in their remarks and none of them mentioned President Donald Trump.

President George H.W. Bush did not address the crowd but smiled and waved from the stage. The 93-year-old elder Bush suffers from a form of Parkinson's disease and appeared in a wheelchair at the event.

Grammy award winner Lady Gaga made a surprise appearance at the concert.