The Lerner family selling the Nationals may soon be a reality. Sports experts FOX 5 spoke to say the word on the street is the Nats are almost sure to sell.

WASHINGTON - The Lerner family selling the Nationals may soon be a reality.

Sports experts FOX 5 spoke to say the word on the street is the Nats are almost sure to sell.

The news comes three years after a World Series win, followed by several abysmal seasons for the Nationals and the blockbuster trade that sent superstars Josh Bell and Juan Soto to the Padres.

"When you start seeing the numbers come out, two billion, three billion, those are solid numbers," Mitchell said. "That means there are negotiations taking place."

The reason why the Lerner family wants to sell is still unclear. 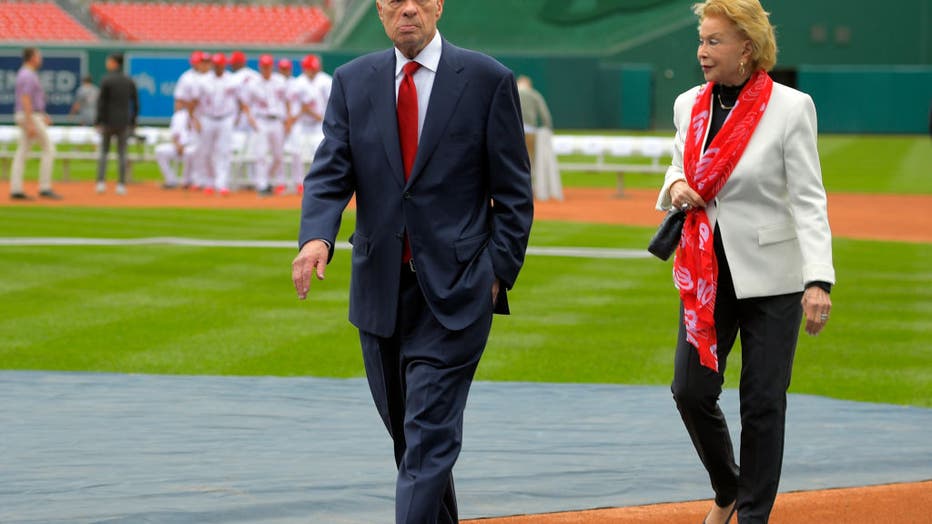 RELATED: Are the Washington Nationals for sale?

"We haven’t really gotten a reason. Is it a health reason? Is it financial? Because they’re making good money," Mitchell said. "Now, he’s selling the team and doing it rather quickly, so they really haven’t disclosed exactly why they’re doing it."

So is the team worth it?

"To me, yes absolutely," Mitchell said.

"Let’s look at the fan base, strong. Location, great. And the team when it has its talent and knows what it’s doing it's good."

There’s mixed reaction from fans on the potential for new ownership.

"I think it’s overdue to be blunt about it," Grant Cole said.

"Sometimes it’s better to know the devil that you know than the one you don’t know," Nettie Stewart said.

"Trading away Soto it doesn’t look like the future’s too bright right now," Thomas Brake said.

"I think if they’re going to be pillaging the team like that then it would be good for them to maybe step back and let somebody else take over," Jacob Wills said.

"Whoever the owners are I’ll still be a fan of the team," one couple said.

When it comes to potential buyers, Mitchell says there’s talk of big names taking over.

"I predict there’s some professional athletes, former retired athletes involved in this, and you’re going to see their names pop up here in the near future, and they’re going to make the game fun again," he said.

Mitchell says we’ll likely see some leaks over the next few weeks on front-runners making bids and get a better sense of just how serious the Nationals are on selling.

He says fans can expect to see an announcement come this winter.

FOX 5 did reach out to the Nationals but we have not gotten a response.