Fox 5's Sierra Fox reports on the changes being implemented in Arlington Schools to deal with a rise in bad behavior.

ARLINGTON, Va. - Parents in Arlington are concerned after students were caught bringing weapons to a middle school and being inappropriate in the restrooms.

They've been contacting FOX 5 about a number of incidents that have taken place at Swanson Middle School.

Swanson Middle School's principal sent a letter to families today notifying them of what happened after FOX 5 asked the school district about it.

Within the e-mail, Principal Marjorie Myers says a student was disciplined for bringing a taser to school earlier this week. Myers also mentioned that the bathroom located near the band room is now closed due to disorderly conduct.

Fox 5's Sierra Fox reports on how Arlington Public School officials and parents are responding to the rise in violence in area schools.

A staff member told FOX 5 students were filming each other using the restroom, then AirDropping the videos to classmates, and sharing them on social media.

As a result, teachers are being asked to take students' phones away before they take a bathroom break, and they're expected to monitor the bathrooms in between classes. 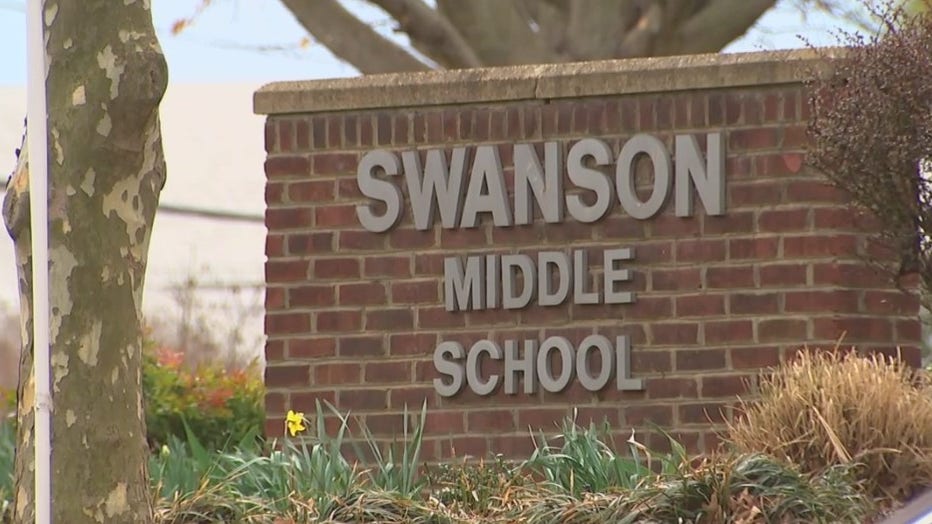 "There was no prior communication to parents from school officials which is sadly typical and while I wasn’t privy to the latest revelations, frankly, they don’t surprise me," said Nathan Brinkman, an Arlington Public Schools parent. "It’s par for the course, it seems, at Swanson Middle School this year. There have been nonstop reports of disorder, chaos, disrespect, bullying, abuse, sexual harassment, and even violence of all kinds."

During a recent Arlington School Board meeting, one mother mentioned that her sixth-grade son – who has autism – was punched and bullied at Swanson Middle School.

"Some of his classmates use my son and his feelings to entertain themselves in PE class," she said. "They began taunting him for missing a shot in soccer, followed by tricking him to use the N-word using the word vinegar, followed by a student quickly spreading the rumor to the entire field that my son had said that word."

Police have been called to Swanson Middle School 22 times this school year. On six of those occasions, they were called for indecent exposure and assault incidents.