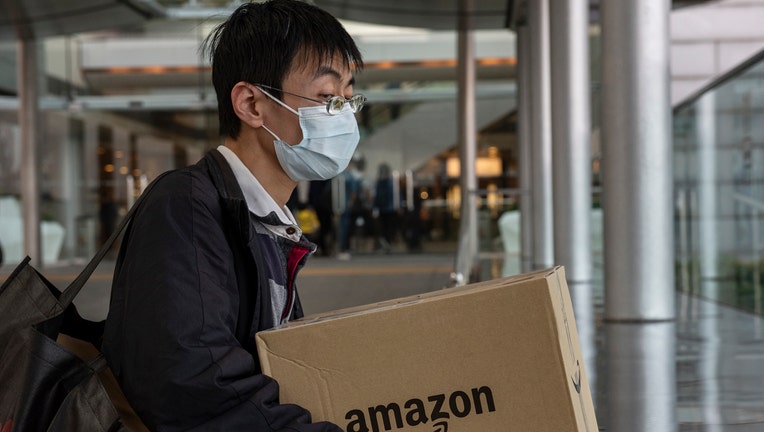 Amazon is working to avoid potential disruptions in its supply chain from coronavirus, stockpiling Chinese-made products while privately worrying about how the deadly outbreak could impact its blowout midsummer Prime Day sale.

The world’s biggest online retailer has responded to the crisis by making larger and more frequent orders of goods made in China, according to The New York Times. Meanwhile, some of its suppliers have reduced advertising and promotions on the site so they don’t run out of products too quickly.

Amazon, whose massive e-commerce business relies on the flow of goods between the U.S. and China, also sent an urgent email to brands indicating that it has started to worry about having enough inventory for Prime Day, the monster sales event that celebrates Amazon’s 20th anniversary. The Times reported that Amazon contacted some of its third-party merchants, whose products account for 60 percent of its sales, could be affected by the rapidly spreading disease.

“Hello!” read one recent email from Amazon to a seller, which the Times reviewed. “We have identified that part of your supply chain process might be China dependent and in light of the coronavirus outbreak affecting manufacturing and logistics in China, we are reaching out to you to understand its impact on your business operations.”

China, the world’s second-largest economy, has responded to the outbreak by all but halting its production of consumer goods like phones, clothing and automobiles; instituting mass quarantines in some cities and placing severe restrictions on an estimated 780 million people, the Verge reported. Multiple companies and countries are limiting travel to and from mainland China, evacuating citizens and scaling back operations.

The virus has killed 2,236 people, with more than 75,000 cases reported worldwide, mostly in China.

Amazon is not the only American company warning about potential fallout from the virus: Earlier this week, Apple said it will likely fall short of its revenue guidance in the second quarter and that worldwide iPhone supply will be “temporarily constrained.”

“Work is starting to resume around the country, but we are experiencing a slower return to normal conditions than we had anticipated,” Apple said in a news release. “As a result, we do not expect to meet the revenue guidance we provided for the March quarter due to two main factors.”

Amazon appears to share similar concerns: One supplier said it takes about four months to make his product -- western wear -- and that around this time of year, he generally has products already in process for Prime Day. But this year, he said, the factory in China that produced his cowboy hats were closed, and he’s unsure when they’ll reopen.

“Amazon is trying to establish an inventory risk for your business moving forward and specifically for Prime Day,” Amazon wrote in an email to a different supplier, which the Times reviewed. “We appreciate your feedback by TODAY.”

The dates for Prime Day 2020 have not yet been announced, but based on previous years, it will likely take place in mid-July. Last year, Jeff Bezos’ e-commerce behemoth said Prime Day was the largest shopping event in Amazon history, with sales surpassing those of Cyber Monday and Black Friday combined.