D.C. is the first city in the country where you can pick up your Amazon packages at a police station in an effort to combat porch pirates.

WASHINGTON - D.C. is the first city in the country where you can pick up your Amazon packages at a police station in an effort to combat porch pirates.

Sixth District Inspector Silvan Altieri came up with the idea that could eventually expand to other parts of the city.

The Amazon lockers are located at the 6D station on Hayes Ave. Northeast as well as the substation on Pennsylvania Ave. Southeast.

"When I reached out to Amazon, I never thought they’d call me back," Altieri said. "But they were actually really open to the idea."

He said it took about a year, but his idea became a reality Tuesday when the new lockers were unveiled. 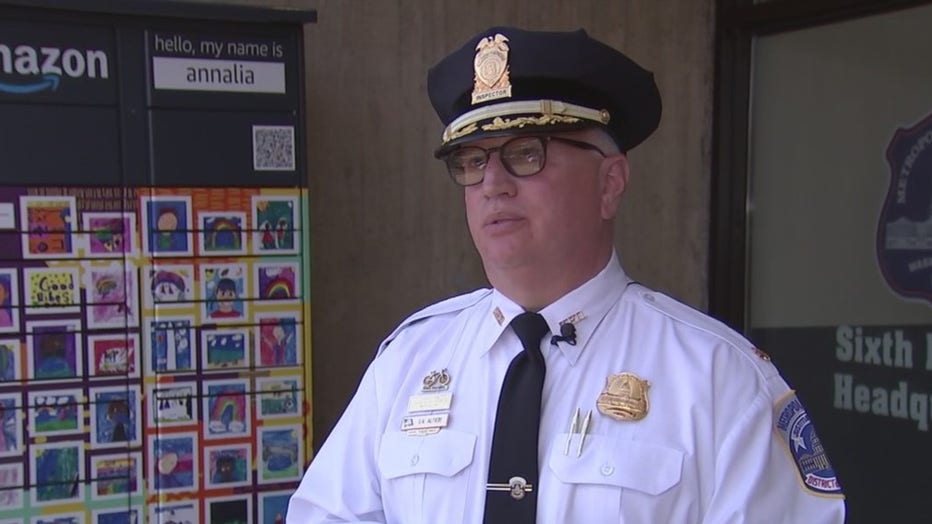 "What we’re hoping is if it works well here as a pilot, we’re going to take it to other districts in the city," Altieri said.

When people in the area order on Amazon, they’ll have the option to have packages delivered to the police station hubs. They’ll use Bluetooth on their phones to access the lock boxes.

The artwork on the lockers was created by students at Randal Highlands Elementary School in Southeast. Students were part of the unveiling Tuesday and were thrilled to see their drawings.

"Seeing the kids here yesterday where they could see their artwork, it was the greatest thing," Altieri said.

Veronica Harrington, who lives in the area, said she’s stopped having packages delivered to her home because of how common thefts are at her apartment building.

"I’m glad they’re doing something for this neighborhood," Massey said.